Camp Bestival Shropshire, the stellar sister show to the UK’s favourite family festival coming to Weston Park between 18th – 21st August, has today announced the day-by-day line-ups for the quintessential family festival launching for the first time this year, as well as the highly anticipated limited Day Tickets, which go on sale at 10am on 8th June.

Speaking on Camp Bestival Shropshire’s day split announcement, Camp Bestival curator’s Josie & Rob da Bank said: “And here we go… We are over the moon to be finally announcing the day-by-day line-ups for our entirely new Camp Bestival Shropshire. From Friday through to Sunday, you can expect incredible heavy hitter headliners like Fatboy Slim, Becky Hill and Example, as well as equally impactful leftfield artists who are going to blow us all away. Mix this with incredible food, art, wellness and epic theatrical performances and you get the ultimate family-festi holiday, which we can’t wait for the Shropshire region and surroundings to experience for the first time ever. See you all in August!”

The entertainment kicks off on Friday 19th August with chic chanteuse Becky Hill, alongside kings of the feel-good hits The Proclaimers, and global dance music maestro Sasha, as the first-ever headline acts at the Shropshire jamboree. DJ sets will be delivered by Gok Wan and the unstoppable force Jodie Harsh, as well as throw-back singalong sounds from Scouting For Girls and voice of M people Heather Small along with unforgettable performances from Mae Muller, Lola Young, Lisa Loud & Nancy Noise, Yolanda’s Band Jam and many more. 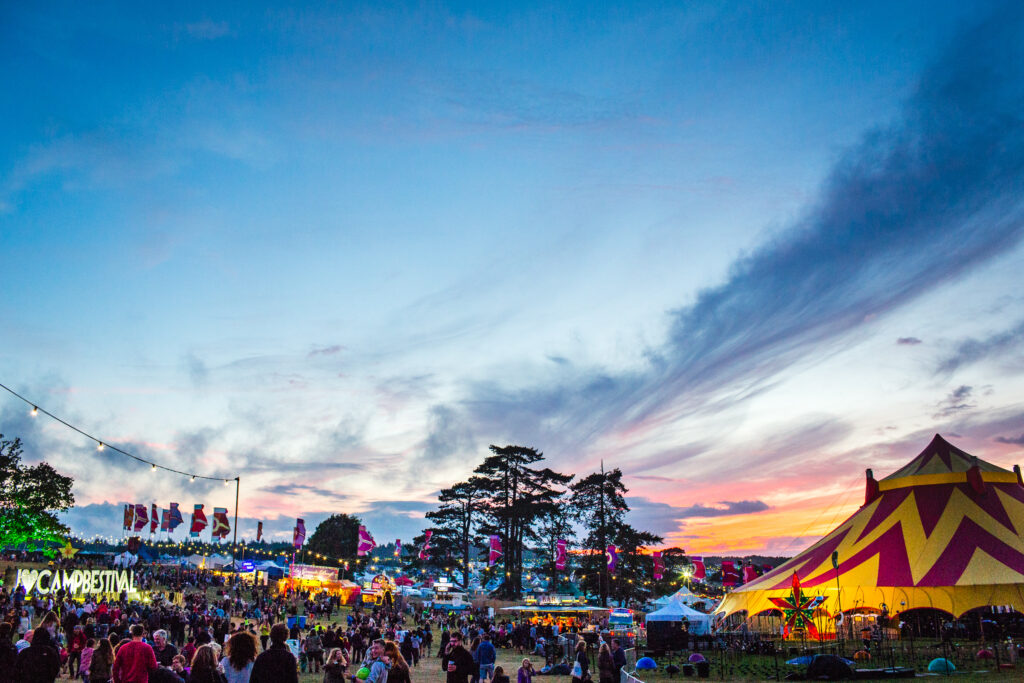 Headlining on Sunday 21st August is the deeply resonant Rag’N’Bone Man, Britpop legends Shed Seven, whilst Faithless (DJ Set) will be on hand with a very special DJ set led by the iconic Sister Bliss. Sister Nancy & Legal Shot Sound will bring some Jamaican dance hall flavours to Weston Park. On top of this, The Hot Tub Time Machine who will supply the 80s and 90s throwback tunes for the adults, as well as BBC Radio 6 presenter and DJ Chris Hawkins who will make an appearance.

It’s no exaggeration to say that Camp Bestival really does have something for everyone. Pleasing thrill seekers of all ages, festival go-ers can spend the day roaming the Dingly Dell and the vast Kids Gardens and chance upon enchanting discovery play and an abundance of amazing activities. Across the entirety of the weekend, there will be over 100 shows & activities for kids, Comedy, Theatre, Circus, Authors, Talks, The World’s Biggest Bouncy Castle, Inflatable Church, Dressing Up Tent, Yoga, Meditation, Breathwork, Ice Baths, Hot Tubs, Streetfood, The W.I Tea Tent, Wild Fire Cooking, Cocktail Bars, Silent Discos, Bedtime Stories, Giant Sandpits, Bushcrafts, Den-Building, Soft Play Tent, Arts & Crafts and so much more…

Camp Bestival Shropshire will host a wonderland of expansive green spaces, luxuriant lawns, verdant parkland, and enchanting woodlands providing a weekend of fun for everyone. With food stalls and cuisines galore, you can forget lukewarm porridge out of a pan, and what’s more, the sheer volume of activities on offer means children (and parents!) will be guaranteed a good night’s sleep no matter what.

Following hot on the heels of the pioneering Dorset-based festival in July, Camp Bestival Shropshire is a brand-new, stand-alone event bringing all the unique and essential family friendly elements of the original Camp Bestival to the heart of England.