Shropshire is hard to beat for an activity-packed break or day out. You can explore the county’s beautiful countryside on thousands of miles of footpaths, cycling routes and bridleways. Or, if you’re an adrenaline seeker, you could take a ride on one of the country’s longest zip lines. If you really want to fly, you could take to the air in a glider and soar over the Shropshire Hills. And even though Shropshire is a landlocked county, there are all sorts of opportunities for messing about on the water, on the county’s scenic rivers, canals and lakes.

We’ve picked out the best outdoor activities you can enjoy in Shropshire, and suggested where and how to do them.

If you’re looking for a place to stay, you can find a big range of hotels, b&bs, self-catering, glamping and camping options here 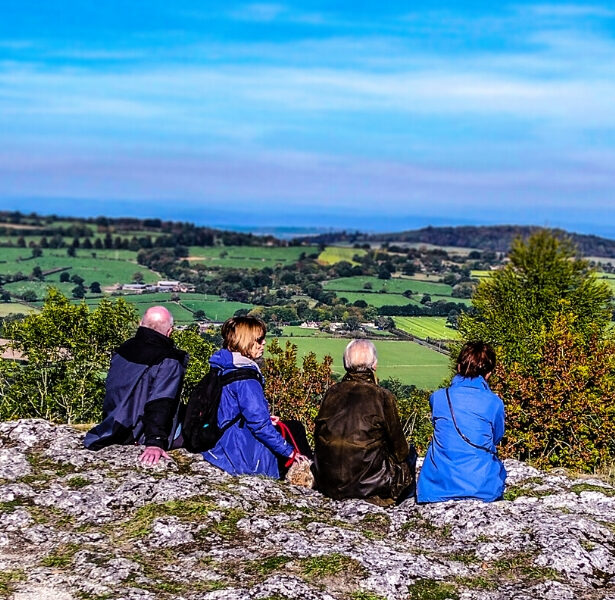 As a very rural county, Shropshire is simply fantastic walking territory. The best walking lies in the south, in the verdant and little populated Shropshire Hills (a designated Area of Outstanding Natural Beauty), and along the county’s border with Wales.

Hiking along part of the Shropshire section of the Offa’s Dyke Path National Trail is a highlight. Some of the best-preserved sections of the eighth-century linear earthwork lie in Shropshire, including between Knighton and the Kerry Ridgeway near Bishop’s Castle, and in the north-west of the county between Selattyn and Bronygarth.

For more hikes, the walking section of Shropshire’s Great Outdoors website – www.shropshiresgreatoutdoors.co.uk/walking – is a brilliant resource, with details of dozens of walks. 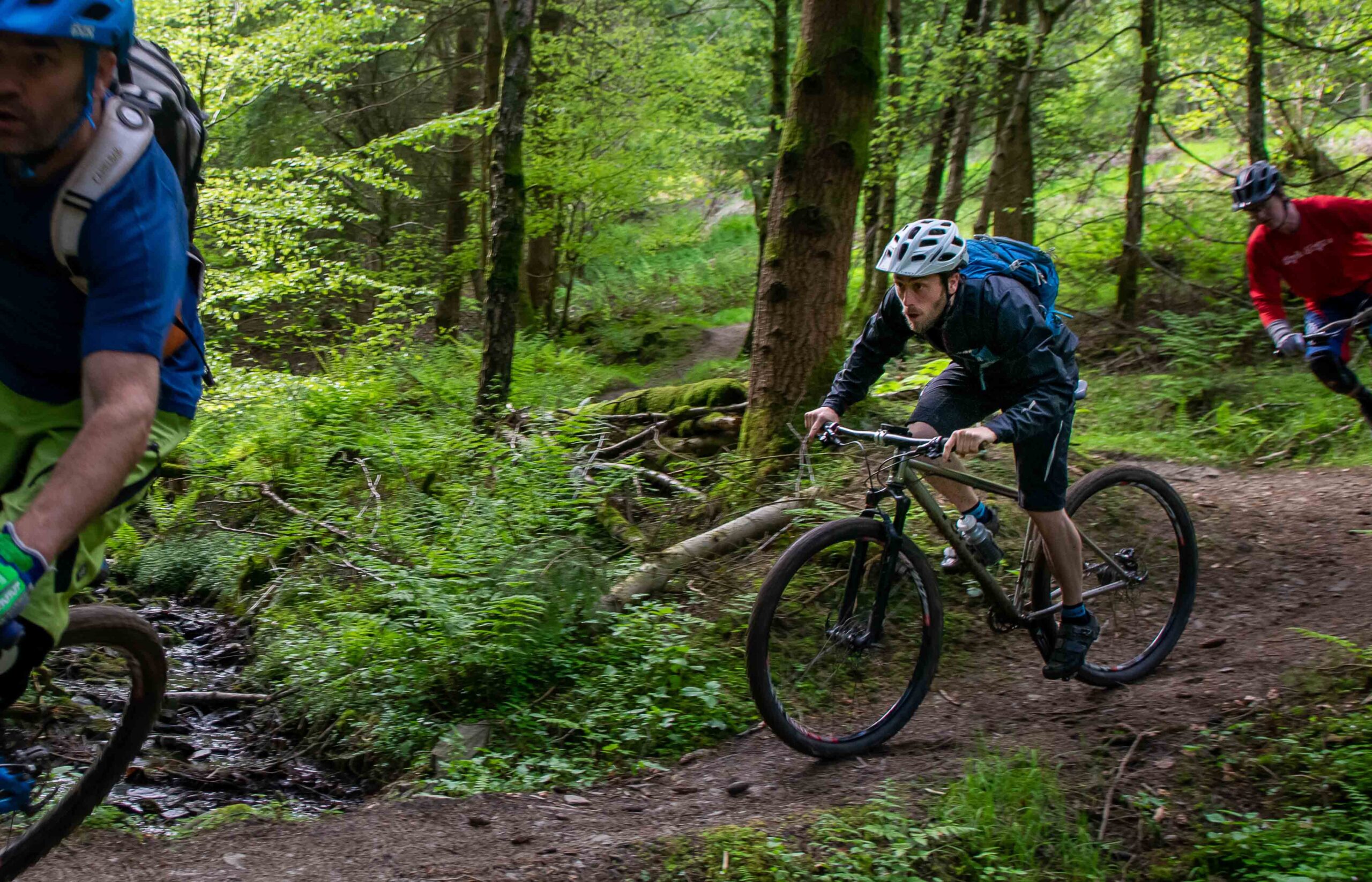 With tough trails in the Shropshire Hills, easier terrain with quiet back lanes in the flatter north of the county and miles of canal towpaths to follow, Shropshire offers excellent and varied cycling for pedal-power enthusiasts.

Wheely Wonderful Cycling has a tempting selection of easy-going cycling breaks in Shropshire – including themed around visiting castles (Shropshire has lots) and food. The breaks range from three to seven days, and accommodation, bikes, routes and transport for luggage are included.

For a mountain biking adventure on the Long Mynd or in the Clee Hills, contact Rewild MTB 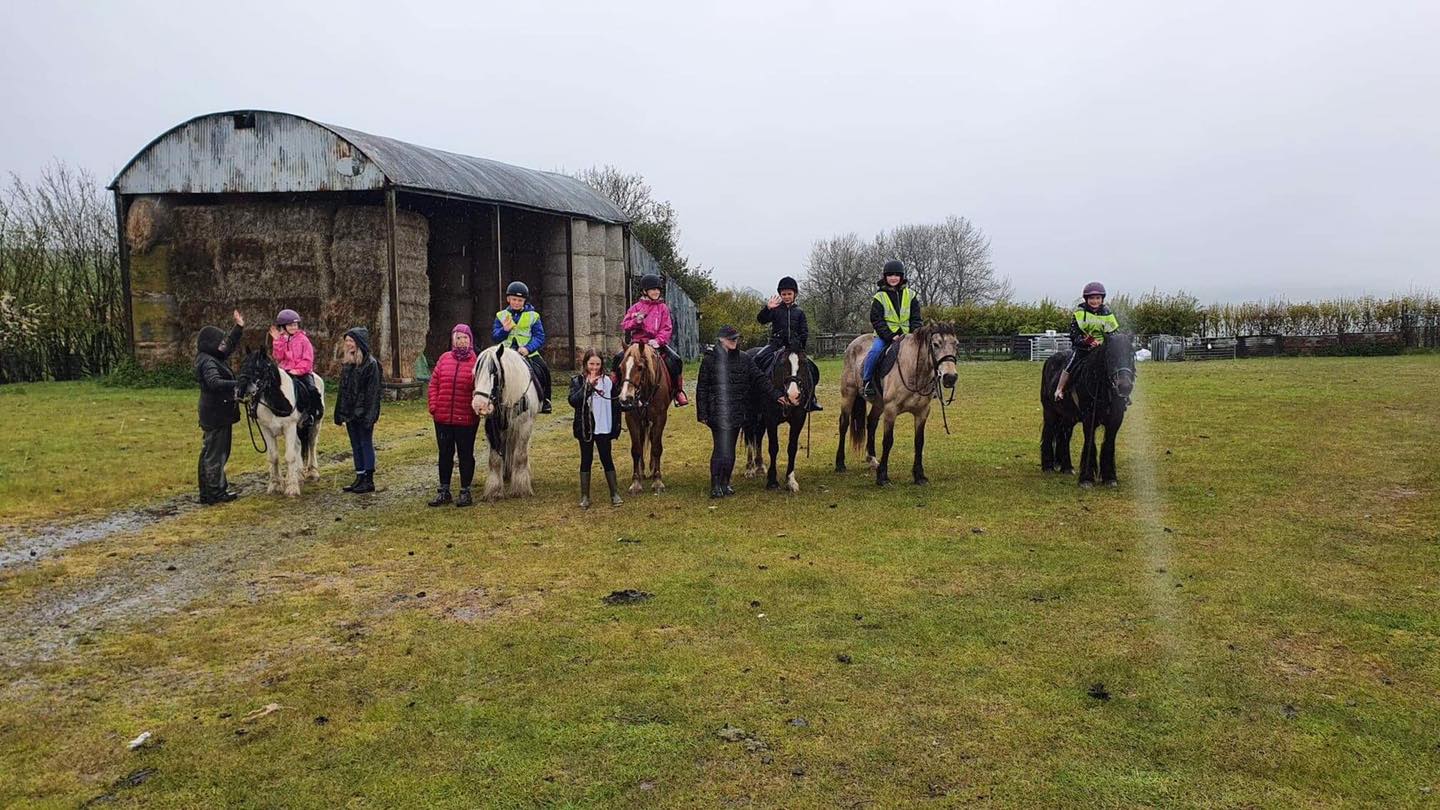 Given Shropshire’s rurality, it should come as no surprise to learn that the county is a horsey part of the world. It has two long-distance riding trails. The Humphrey Kynaston Way, a bridleway named after a 15th-century local highwayman, runs from Church Stretton north of Shrewsbury to Clive. The Jack Mytton Way, which takes its name from a Regency-era Shropshire squire nicknamed “Mad Jack” Lytton for his wild behaviour, meanders mostly off road for nearly 100 miles from Cleobury Mortimer in the south-east to Llanfair Waterdine in the south-west. 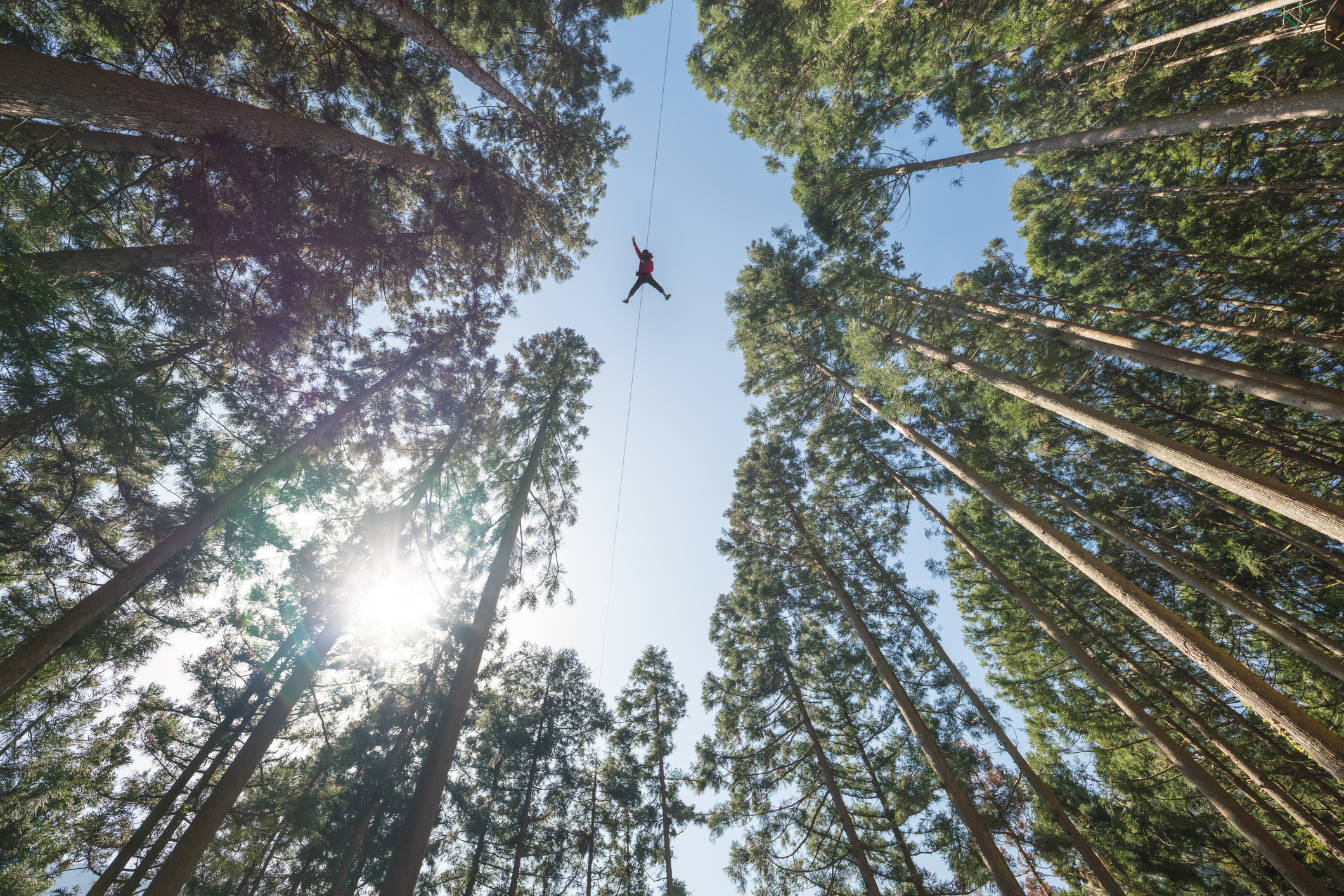 Man on a zip line flying through the forest canopy.

For family thrills, head to the Great Hagley Estate in the far south of Shropshire. There you can ride one of the longest zip lines in England (it’s 520 metres) at speeds of over 30mph, as well as test yourself on a 480-metre-long low-ropes adventure course in a woodland setting. The estate is used for school and youth camps, so the activities are available to the general public only on certain days. Check which dates and book ahead through The Great Escape Company. 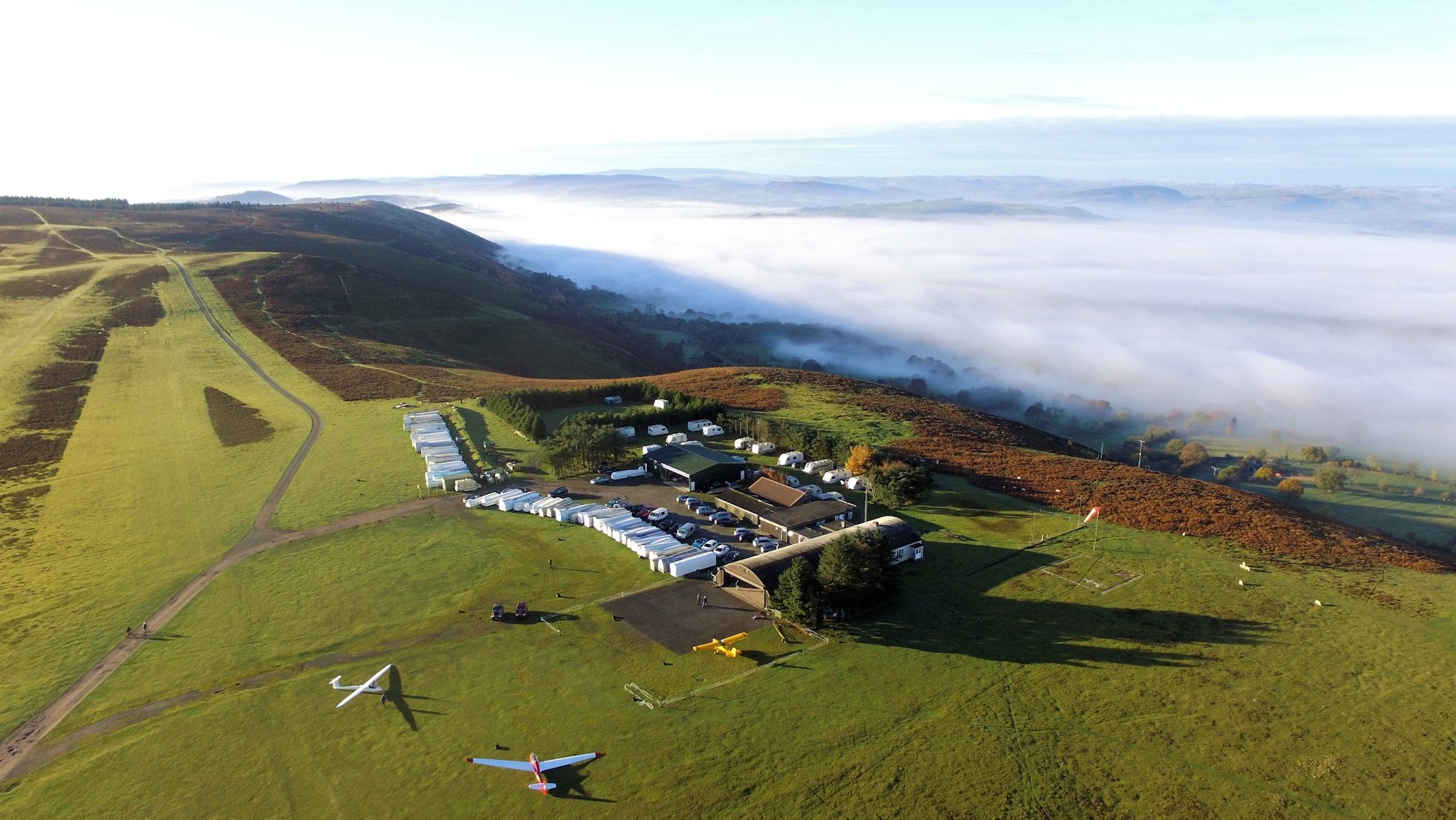 Founded in 1934, the Midland Gliding Club is one of the oldest gliding clubs in the country. It’s in a thrilling spot at the southern end of the Long Mynd, Shropshire’s landmark high moorland plateau. Conditions here are often ideal for gliding, with thermals and exposure to prevailing westerly winds. To get a taste of what it’s like to gracefully soar in the skies over the county, you can book a first-flight “Gliding Experience”, and there are also various learn to glide courses on offer.

Leavesley Aviation runs taster days and courses for paragliding in the area.

More information on taking to the skies over Shropshire on http://www.shropshiresgreatoutdoors.co.uk/gliding-paragliding/.

Shropshire has a wonderfully varied collection of golf courses. Dating from 1889, Ludlow Golf Club is the oldest, and shares its land with a race course. Church Stretton Golf Club is the third highest course in the UK, and has wonderful views. Hawkstone Park Golf Club is set in historic parkland. Llanymynech Golf Club is unusual for spanning the border of two countries – “Drive in Wales, putt in England” as it says on the website. The Astbury an upmarket golf resort near Bridgnorth with an impressive parkland course, was once owned by Judas Priest guitarist KK Downing. 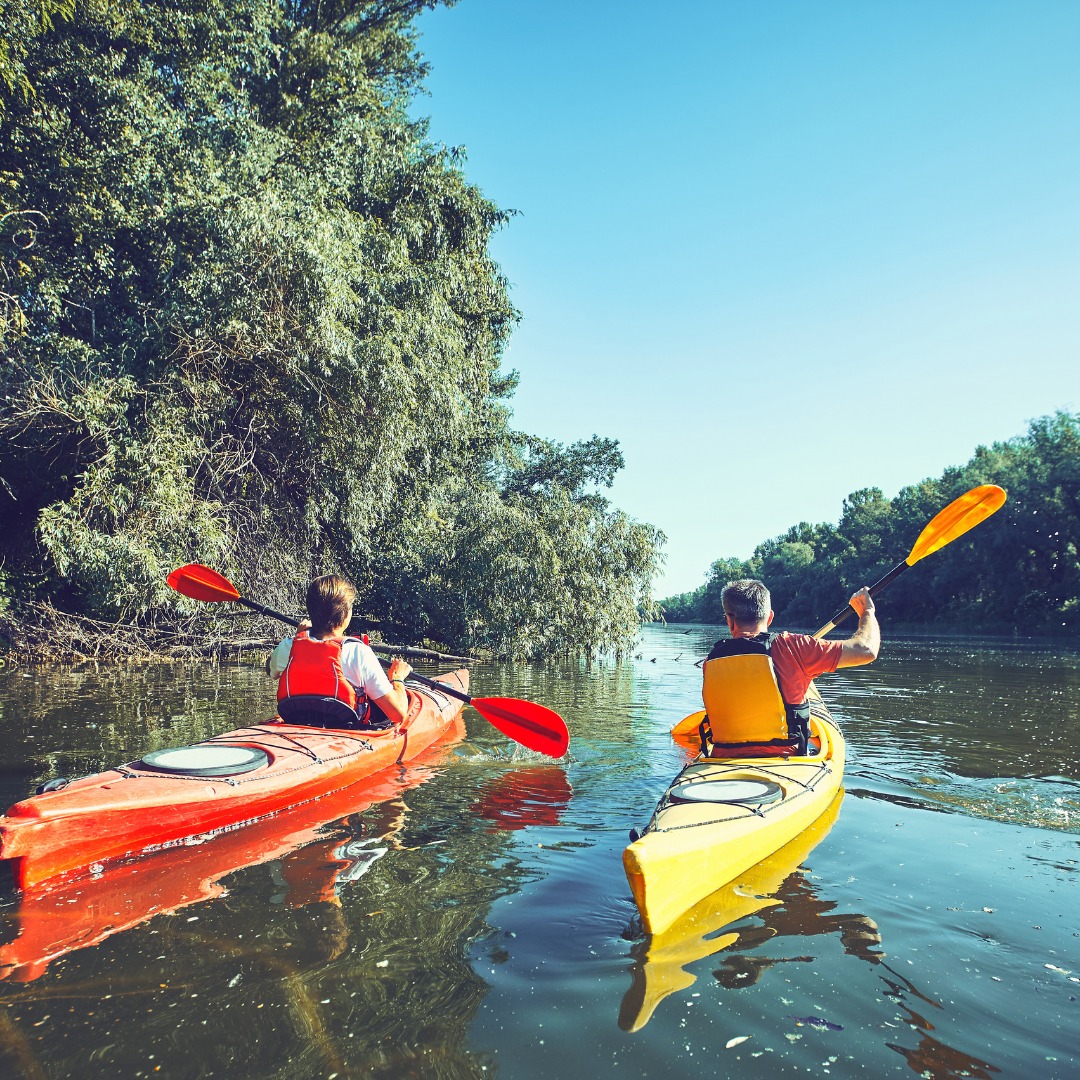 A significant chunk of the River Severn, the UK’s longest river, flows through Shropshire. Around Ironbridge, the river is particularly scenic as it passes through a wooded gorge. Shropshire Raft Tours rents out canoes, kayaks, mini-rafts and giant stand-up paddle boards: you’re given a shuttle ride up the river, then paddle back to Ironbridge. Children are welcome, and coracles – bowl-shaped craft that have been used on the river for centuries – are also available for hire, from nearby Jackfield.

In Shrewsbury, you can explore the majestically sweeping bend of the Severn in a canoe rented from Shrewsbury Canoe Hire. For a bigger adventure, book a 24-hour trip from Shrewsbury combining canoeing and off-grid glamping. 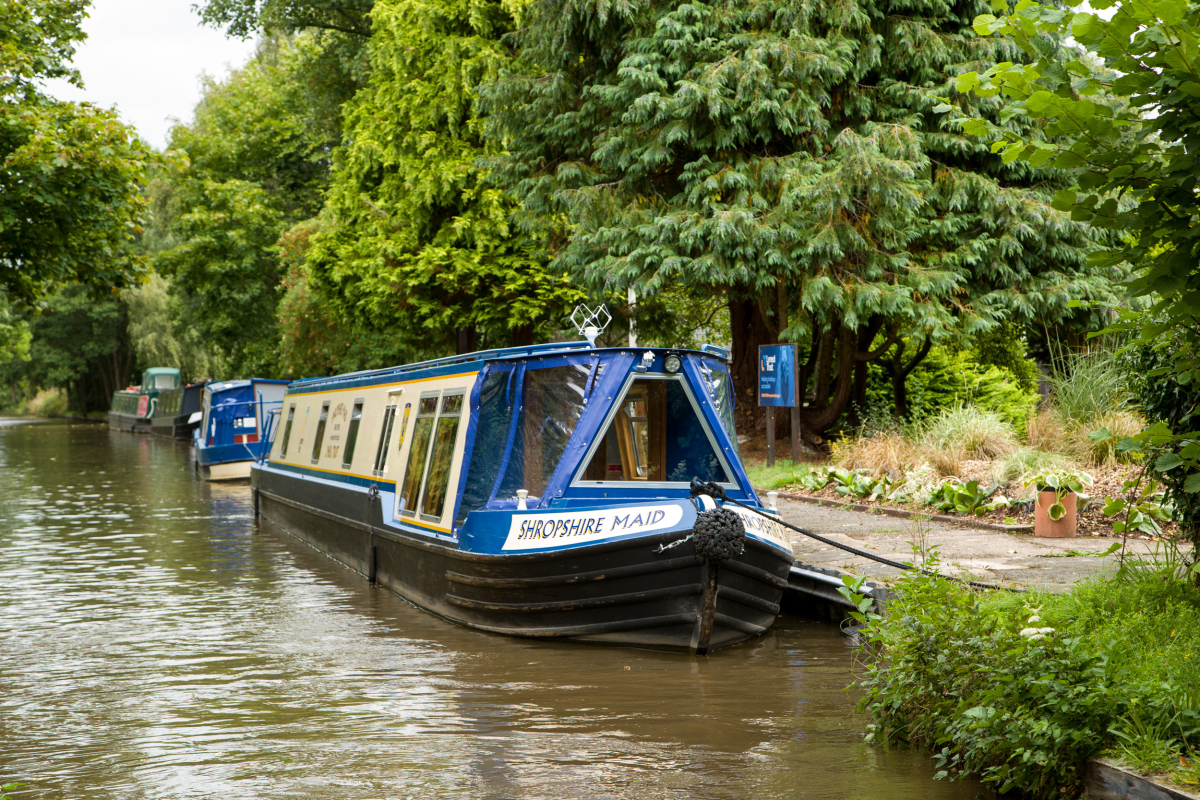 A more sedate way of taking to the water – but with bouts of activity necessary in the form of opening and closing locks! – is to rent a narrowboat and potter along Shropshire’s man-made waterways. The interlinked Shropshire Union Canal (nickname The Shroppie) and Llangollen Canal were key elements in the region’s industrial fabric when they were built in the late 1700s and 1800s. They now wend their way tranquilly through lovely countryside and sleepy market towns.

The Llangollen Canal is often described as the beautiful canal in Britain. It runs westwards from near Nantwich in Cheshire via the charming Shropshire towns of Whitchurch and Ellesmere and the county’s mini Lake District to Llangollen in Wales. The Welsh section includes Thomas Telford’s extraordinary Pontcysyllte Aqueduct, focal point of a UNESCO World Heritage Site. 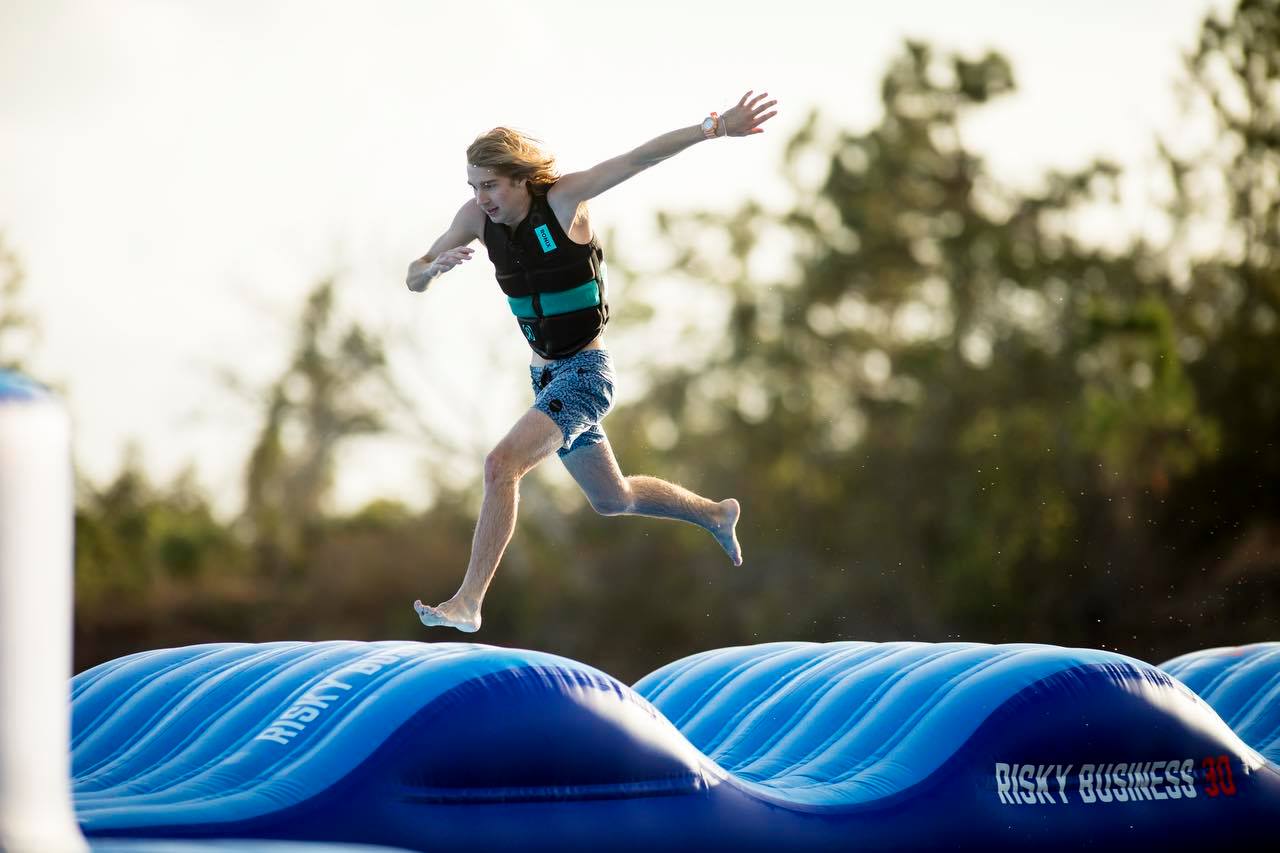 Alderford, just outside Whitchurch, offers all sorts of opportunities for water-oriented activities on its 14-acre lake. Options include open-water swimming, clambering over an inflatable aquapark and mucking about on aquabikes (they are a cross between a paddle board and a bike), kayaks and canoes (rentals and lessons available). The latest offering is Escape on the Lake. An escape room experience with a difference, it’s set on an island that you reach by canoe. 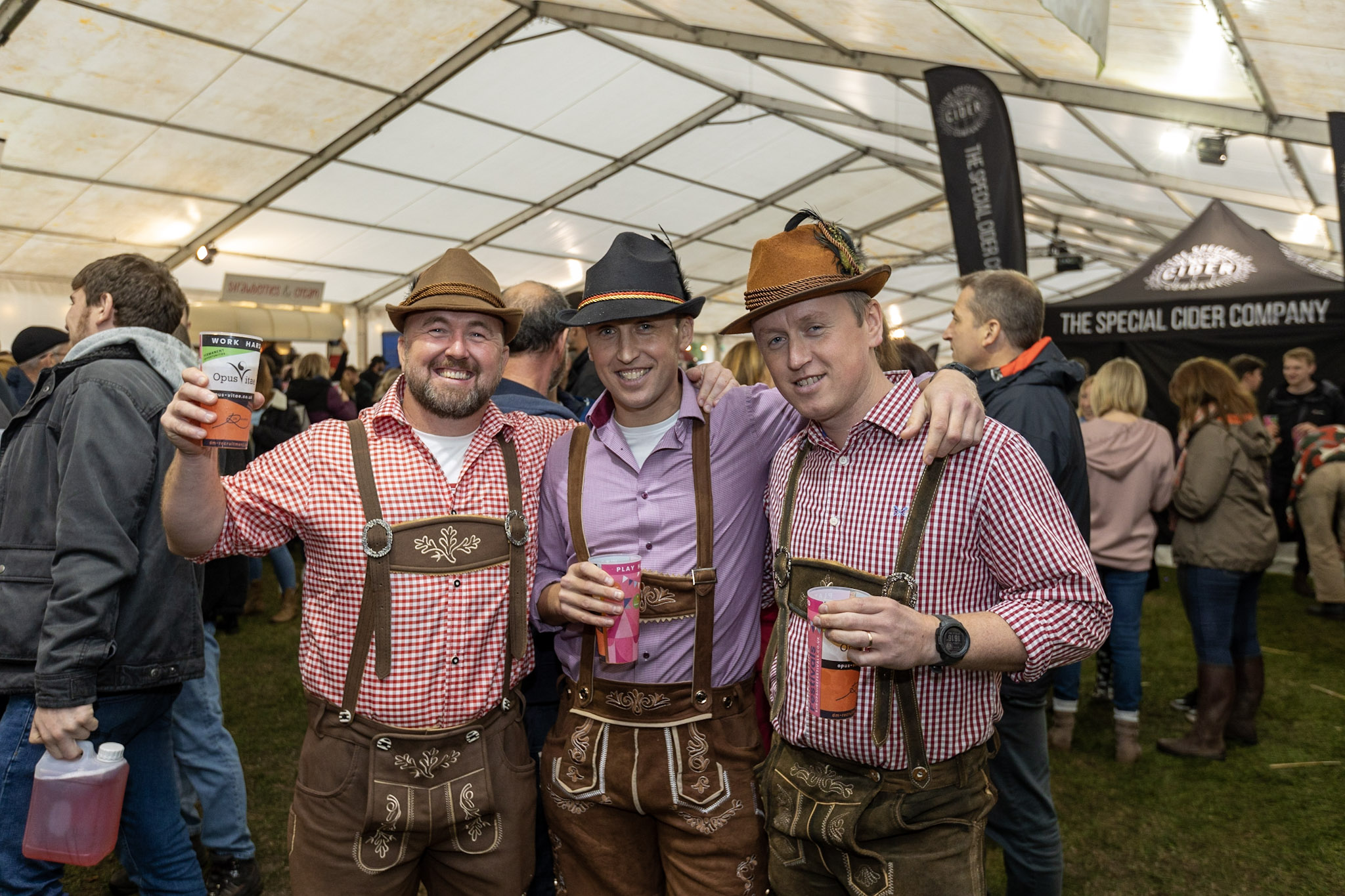 Cheers to the Return of Shropshire Oktoberfest 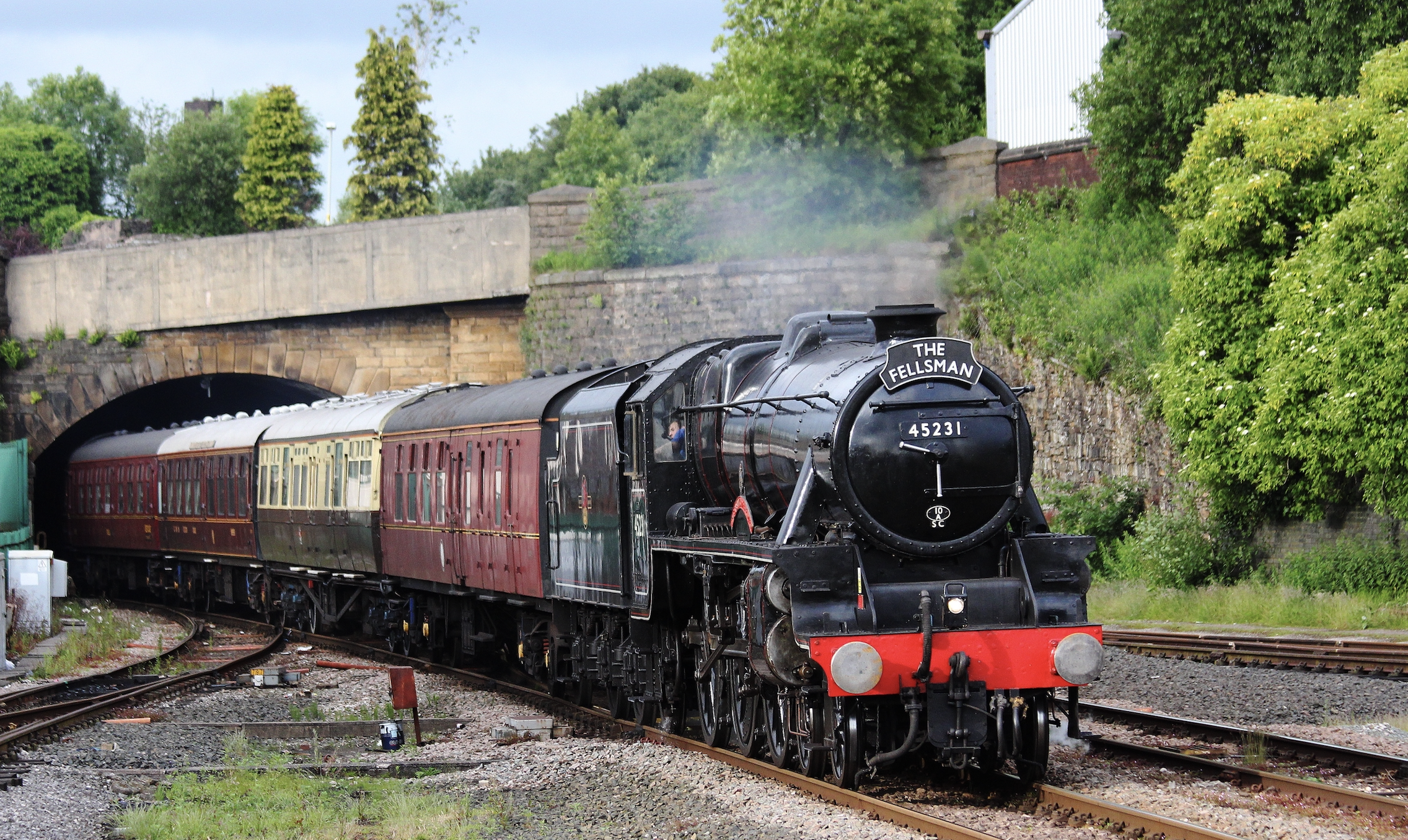 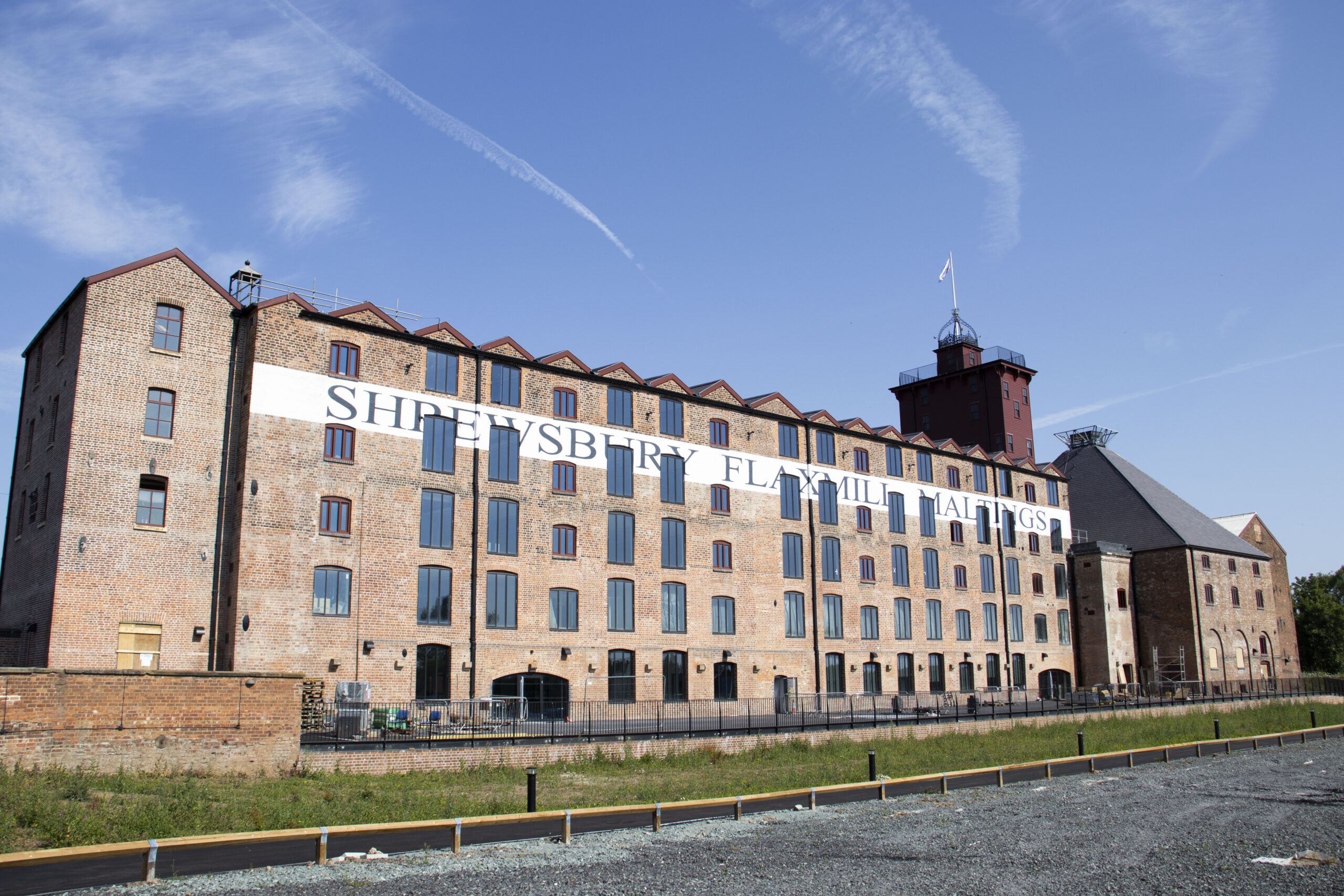