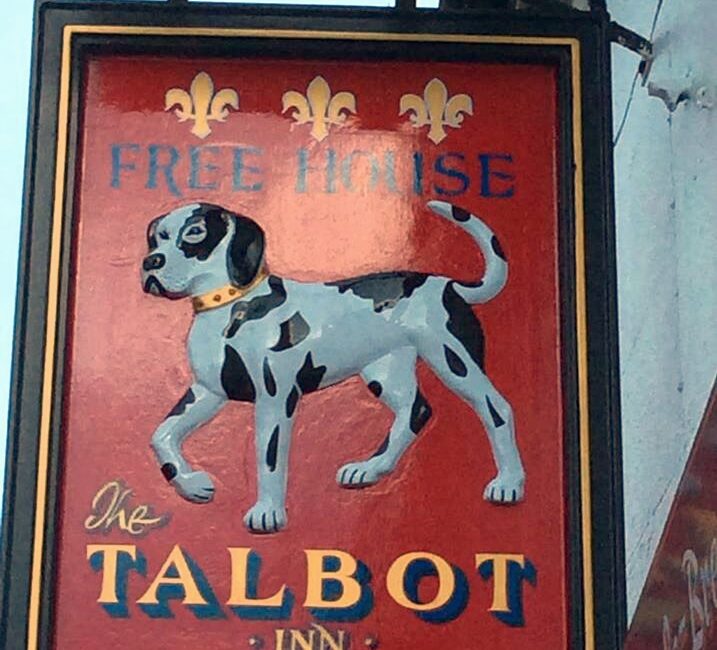 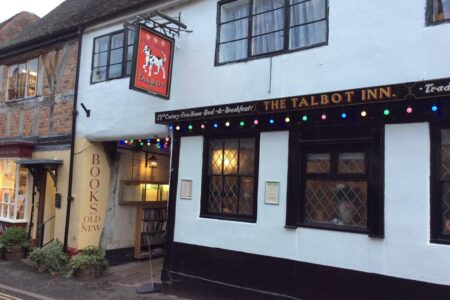 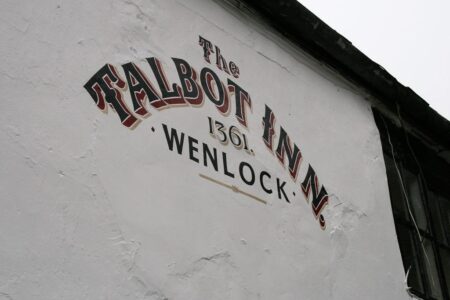 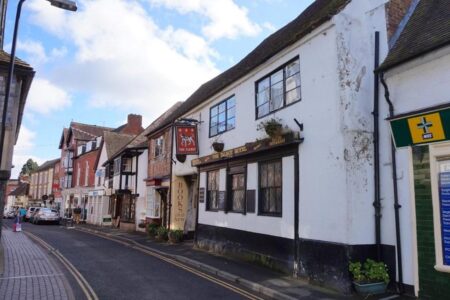 The Talbot is situated in the centre of the historic High street, originally known as Spittle Street. The home of the late William Penny Brookes, who created the Olympic movement and is Much Wenlock’s most famous son is just a few doors away. The Inn is approached through an archway where you can see the delightful courtyard. It was used to shoot scenes with Jennifer Jones for the 1949 film Gone to Earth, an adaptation of Mary Webb’s novel. Overlooking the courtyard is our Malthouse which has been converted into 6 en-suite rooms.

The Inn’s Malthouse dates back to 1762 and is one of just 3 left in the town. Publicans malted Barley and brewed their own beer here until the middle of the 19th century. Today days our bedrooms each with their own bathrooms television and tea and coffee making facilities. Guest can enjoy a full English breakfast overlooking the courtyard. The Success we have achieved at the Talbot is due mainly from our friendly hardworking team. Some of the team have been working here for as long 12 years. We pride ourselves on using fresh local products, homemade puds, guest local ales and varied wine list.

Wheely Wonderful Cycling is based just on the border of England and Wales. Run by Kay and Chris Dartnell, from their base; Petchfield Farm. We have been organising cycling holidays for over 25 years. Shropshire is a perfect destination for cycling holidays, breathtaking scenery, quiet country lanes and a great welcome from our handpicked Shropshire hotels, […]

Explore the river above and around Shrewsbury! Hire a Canoe offers high-quality and reliable canoe, kayak and paddle board (SUP) hire on the River Severn. We cater for everyone, including families, couples, friends and corporate days out. Dogs are welcome! Choose from a peaceful 12-mile river trip with free minibus transport, two-hour canoe, kayak or […]

Adventure Out Games in Shropshire

AdventureOut! Games are themed, interactive and Covid-Safe outdoor adventure games, in dramatic locations throughout the UK.  In Shropshire, we have games running at four English Heritage sites: Acton Burnell Castle, Buildwas Abbey, Clun Castle and Haughmond Abbey throughout Spring and Summer 2021. At each site, participants will collaborate together in small groups to solve puzzles […]