Experimental pop project Self Esteem headed up by the unstoppable force Rebecca Taylor will wow crowds with her indie-pop singalongs and patriarchy-smashing tracks whilst pioneering Balearic DJ, Nancy Noise will bring her Ibiza anthems to Weston Park.

If that wasn’t enough, the sensational Bollywood Brass Band will put on an unmissable performance for the whole family and British DJ and producer Mr Scruff also joins the line-up as he returns to Camp Bestival once again. Elsewhere on the bill is ‘Chap-hop’ legend, Mr B The Gentleman Rhymer, British music duo, The 2 Bears, and Brit Nominated Gracey.

The fun doesn’t stop there as ‘The first Lady of Dance Music’ Lisa Loud, will deliver a set to remember whilst Sister Nancy & Legal Shot Sound will bring some Jamaican dance hall flavours to Weston Park. Not to mention, The Hot Tub Time Machine who will supply the 80s and 90s throwback tunes for the adults.

The world’s youngest Asperger’s band, The Stencil Pencils will also make their Camp Bestival debut. Consisting of 11-year-old Kale Harris-Herbert aka ‘woo’, brother Johnson aka ‘bouba’, 13, and sister Indiana aka ‘bindi-bow’, 7, the trio have already been recognised by the Queen for their inspirational songs and promising futures.

Portia’s Happy Hour headed up by model Portia Freeman is another exciting addition to this year’s offering. Parents can enjoy a little me time away from the madness whilst indulging in a cocktail or two.

Camp Bestival Shropshire will host a wonderland of expansive green spaces, luxuriant lawns, verdant parkland, and enchanting woodlands and will provide a judgement-free zone for parents and a weekend of fun for everyone. With food stalls and cuisines galore, you can forget lukewarm porridge out of a pan, and what’s more, the sheer volume of activities on offer means children (and parents!) will be guaranteed a good night’s sleep no matter what.

Following hot on the heels of the pioneering Dorset-based jamboree in July, Camp Bestival Shropshire is a brand-new, stand-alone event bringing all the unique and essential family friendly elements of the original Camp Bestival to the heart of England. 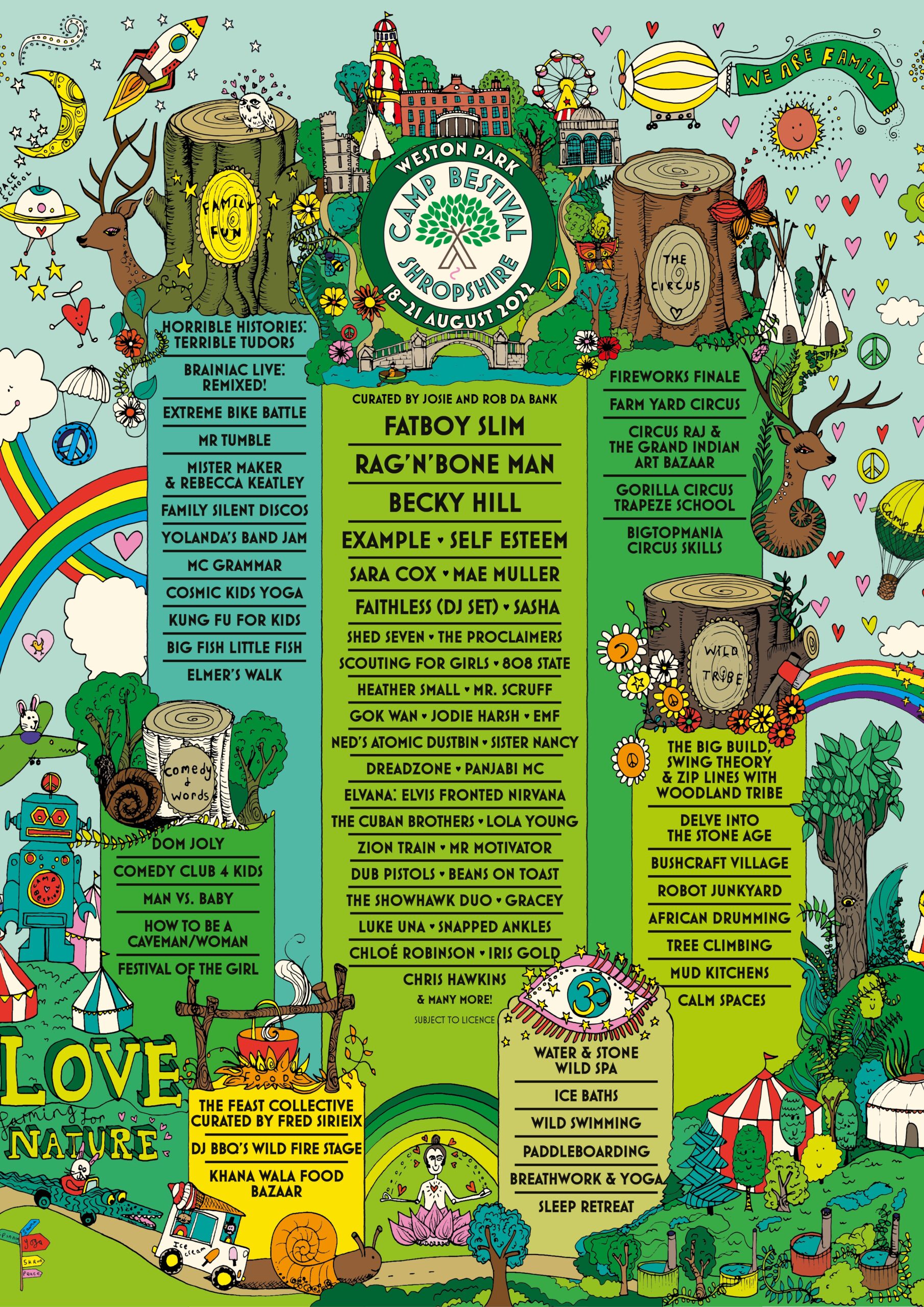