A local’s guide to Ludlow

Claire Hunte, co-founder, editor of letsgoludlow.com. Still a bona-fide newbie to Ludlow, moving from London a scant 8 years ago. 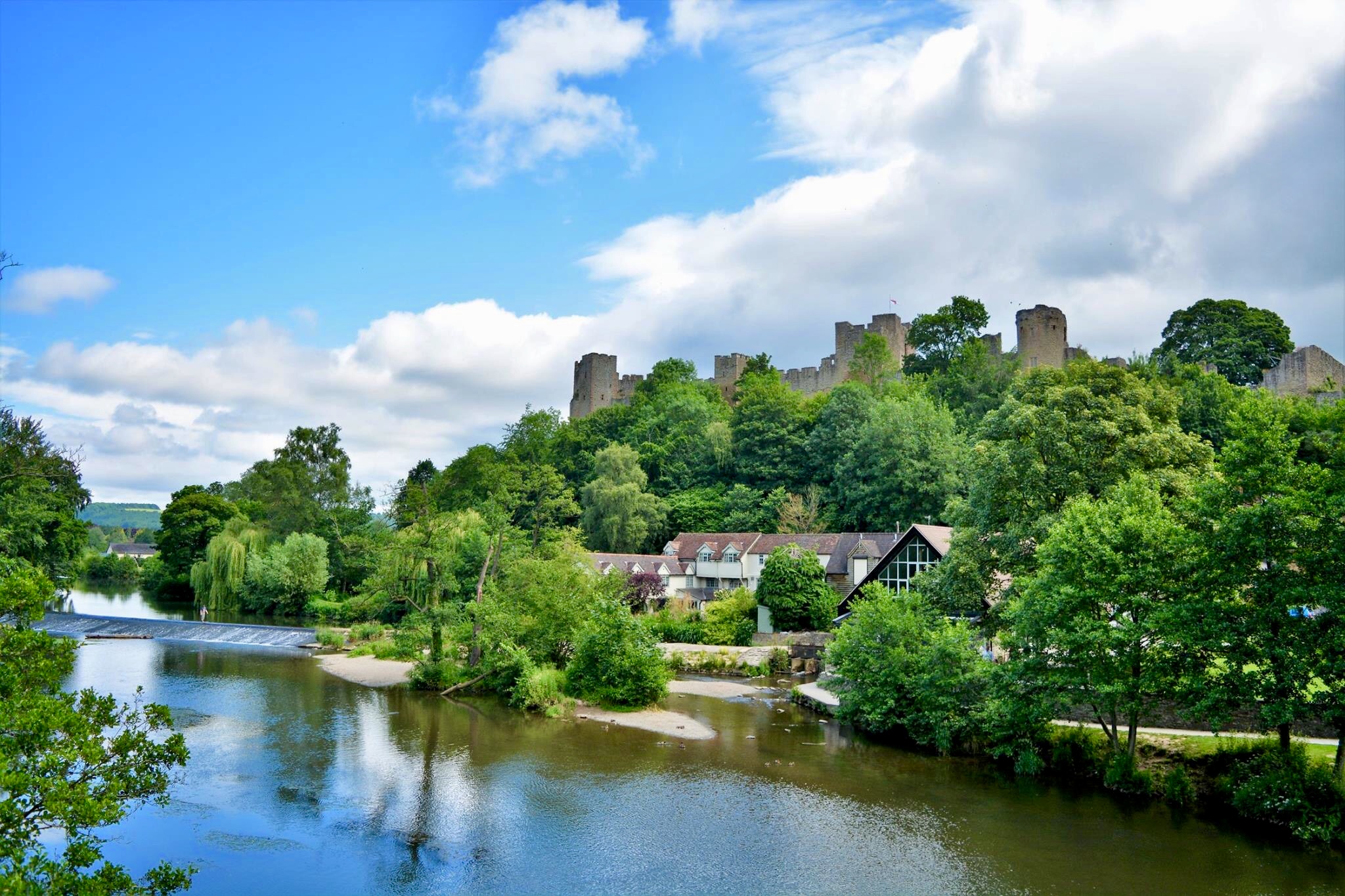 If I had to do 24 hours in the medieval town of Ludlow, I would begin early and with a walk in Mortimer Forest, which is a short distance from the town centre or, an equally short drive. I would dress for an active day wearing gear that is suitable for walking and running. I travel light and set off just before the day begins, when as Henry David Thoreau describes, “I am awake and there is a dawn in me.”

I would brave the semi-darkness in Mortimer Forest, ready to be energised by the silence and stillness, and to embrace the comfort emanating from the canopy of trees. I want to catch the sun as it rises above from the plateau at the top of the Climbing Jack trail. The quickest and most direct routes up to the top are either the Blackpools or High Vinnalls car parks. If I’m feeling quite perky, as I generally do in the morning, I would challenge myself to jog up the steep inclines.

At the top, I take in a lungful of fresh air as I gaze out over The Marches towards the Clee and Malvern Hills. I would salute the sun and enjoy time communing with nature. At this point, one can return to the car parks if they drove. For me, when I’m ready, I take off on the best downhill run there is in the direction of the Blackpool car park, diverting left at the end of the second descent to stay in Mortimer Forest, to follow the path downhill until I reach the stream in Mary Knoll Valley. I would ease off and just do a brisk walk up towards the Evens and, eventually, out to Whitcliffe Common where this time, I soak up the prettiest view overlooking the town. 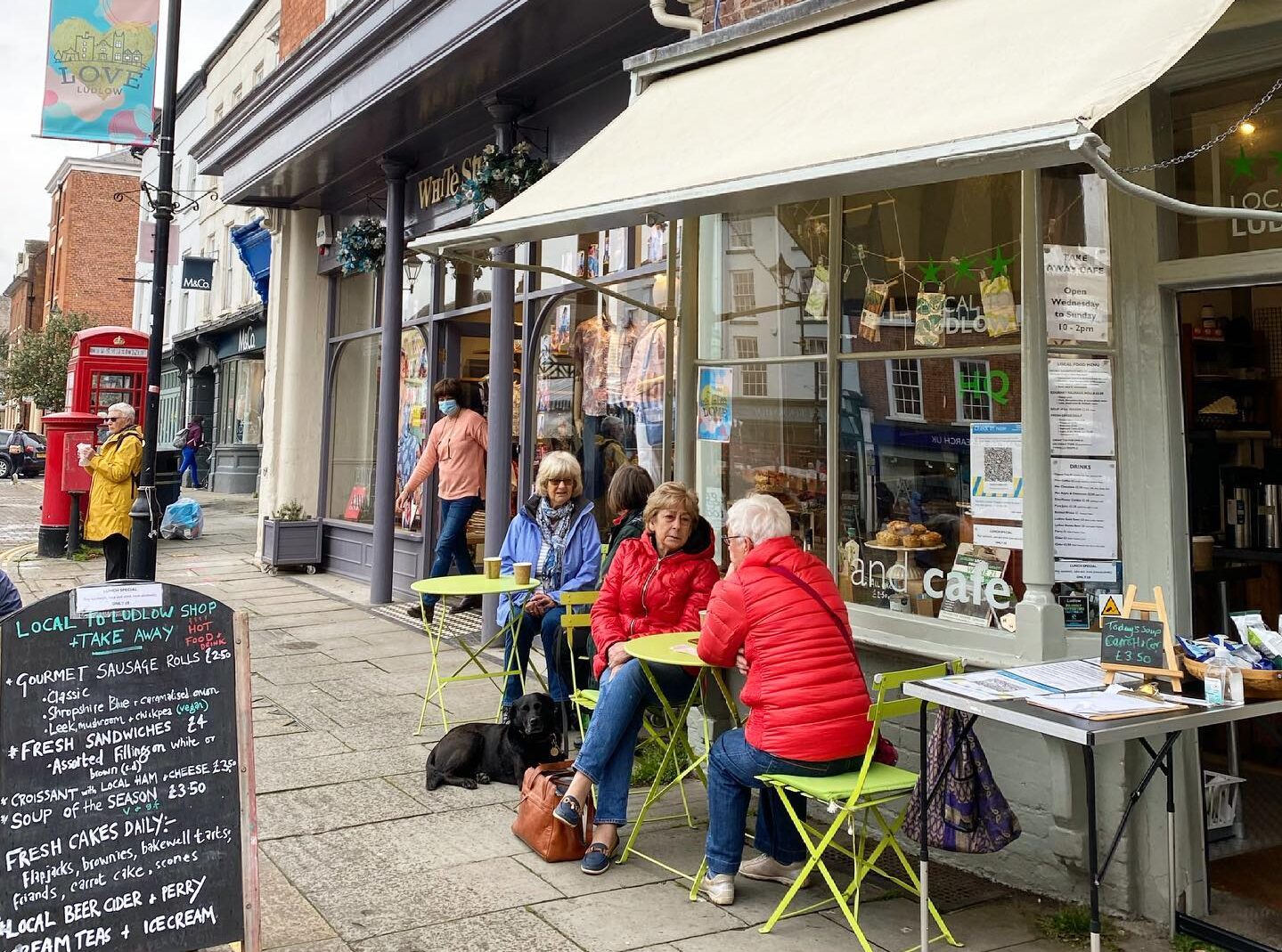 I’ve worked up an appetite now and am ready for a big breakfast. I decide to take the circular route into town via Ludford Bridge over the river Teme, pass the whirr of the weir, and loop around the edge of town via Weeping Cross Lane and up Lower Galdeford. I pass McConnels, an agricultural machinery manufacturer, the fire station, reaching the former police station before I come to Bill’s Kitchen, currently housed in the airy Mascall Centre.

Feeling rejuvenated, I’m charged up and ready to spend the rest of the day shopping in Ludlow’s many diverse shops and visit some of the local attractions. I leave Bill’s Kitchen and cut through Upper Galdeford car park, past the library and down towards Tesco, I take a little cut through just before the Tesco building which brings me out to Corve St, directly across from Myriad Organics, a great grocery store to pick up all your organic veg and other needs.

I make my way uphill on Corve St intending to stop in the antique, homeware and lighting shops along this main artery. A particular highlight is the mulit-storied Holloways of Ludlow, which has a fantastic range of products including lighting, furniture and home décor. Another sweet spot is Kaboodle with its fabulous mix of ethnic and fair-trade inspired goods including jewellery and clothing that is great for gift buying. I stop to admire the historic Feathers Hotel and decide to take a tea break in its tearoom. Also, to nose around the newly refurbed interior.

After the Feathers, I am ready for some sightseeing and move on to visit the other star attraction in Ludlow – St Laurence’s Church known as the ‘Cathedral of the Marches’. I’ve decided despite my earlier round of activity, I’ve got enough left in me to ‘conquer the tower’ as visits have now resumed (it’s preferable to pre-book). I climb the 201 steps for the spectacular views and they are astounding.

By the time I have visited St Laurence’s, I can’t help it, I’m thinking about lunch and where to go? There are so many options, I delay it a bit and buy time in Bodenham’s super department store, but I am feeling inspired to continue the shopping and wind up at the gift, houseware and clothing emporium, Silver Pear and then over to the View Boutique for a dress fix. I am properly famished. Lunch is at the Castle Café, for its great menu and its handiness for touring the biggest attraction in town, the Ludlow Castle. I sit outside on café’s terrace, lounge while having my lunch and admire the castle ruins. 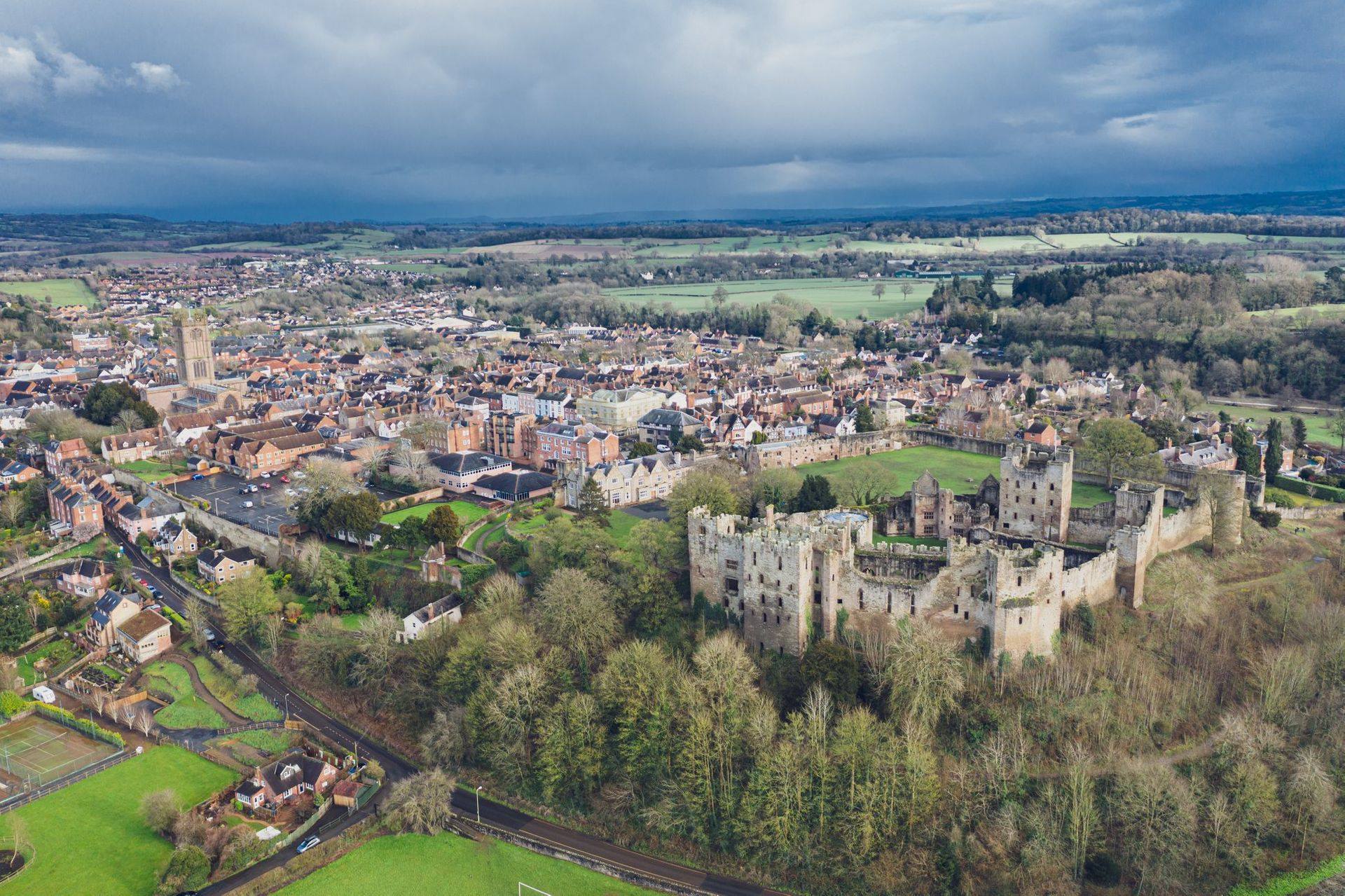 I take my time to tour the well-preserved castle ruins, I imagine what it might have been like to have been living in the castle during the 12th century and 13th century under the rule of the Marcher Lords. After the castle, I stop by the Chocolate Gourmet Box in the Square and pick a few favourites.

Rounding out a perfect day

I’ve got loads of time before my pre-booked supper and browse the local market on the Square. I have time to pop into the Castle Book Shop and to pick up a few goodies from the Harp Lane Deli to go with the highly recommended Shropshire Brown loaf from SC Prices & Sons Bakery.

It’s time for my last activity of the day and decide to take a walk down Mill St. and look into Eclectica and 55 Mill St and the Marches Pottery. As I amble along, I take in the various architectural styles of the buildings. I walk toward Ludlow College and follow the narrow lane to the right which brings me to below the castle walls leading down to Dinham Bridge and the river Teme. 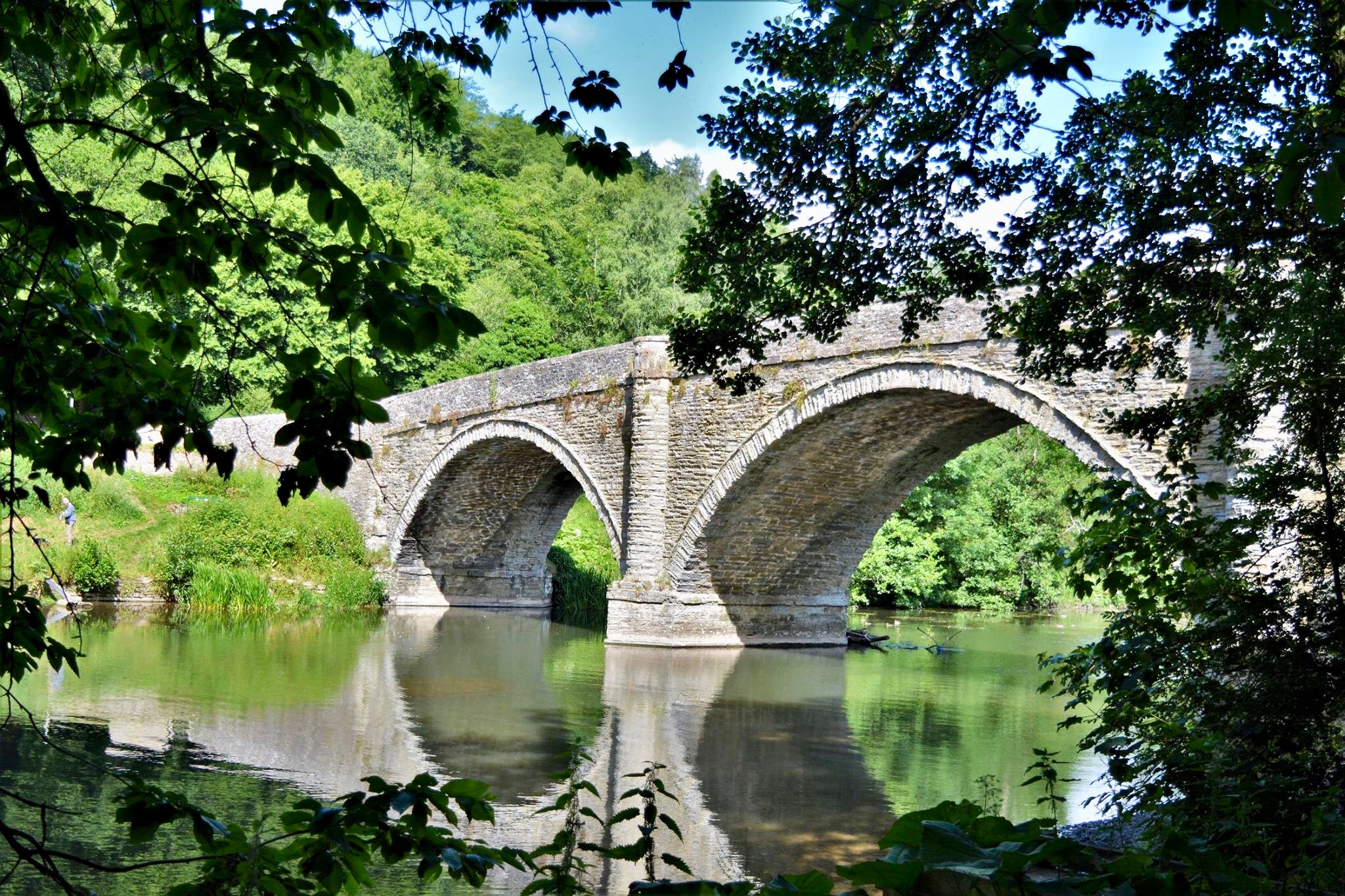 It’s been a busy day and I think a little breather on the Millennium Green is a perfect way to catch my breath. If I had a blanket, I would have a proper siesta with a snooze! Thankfully, it is close to CSONS café which I’ve pre-booked for my supper – a perfect way to end a perfect day.

Head over to www.letsgoludlow.com for more Ludlow inspiration 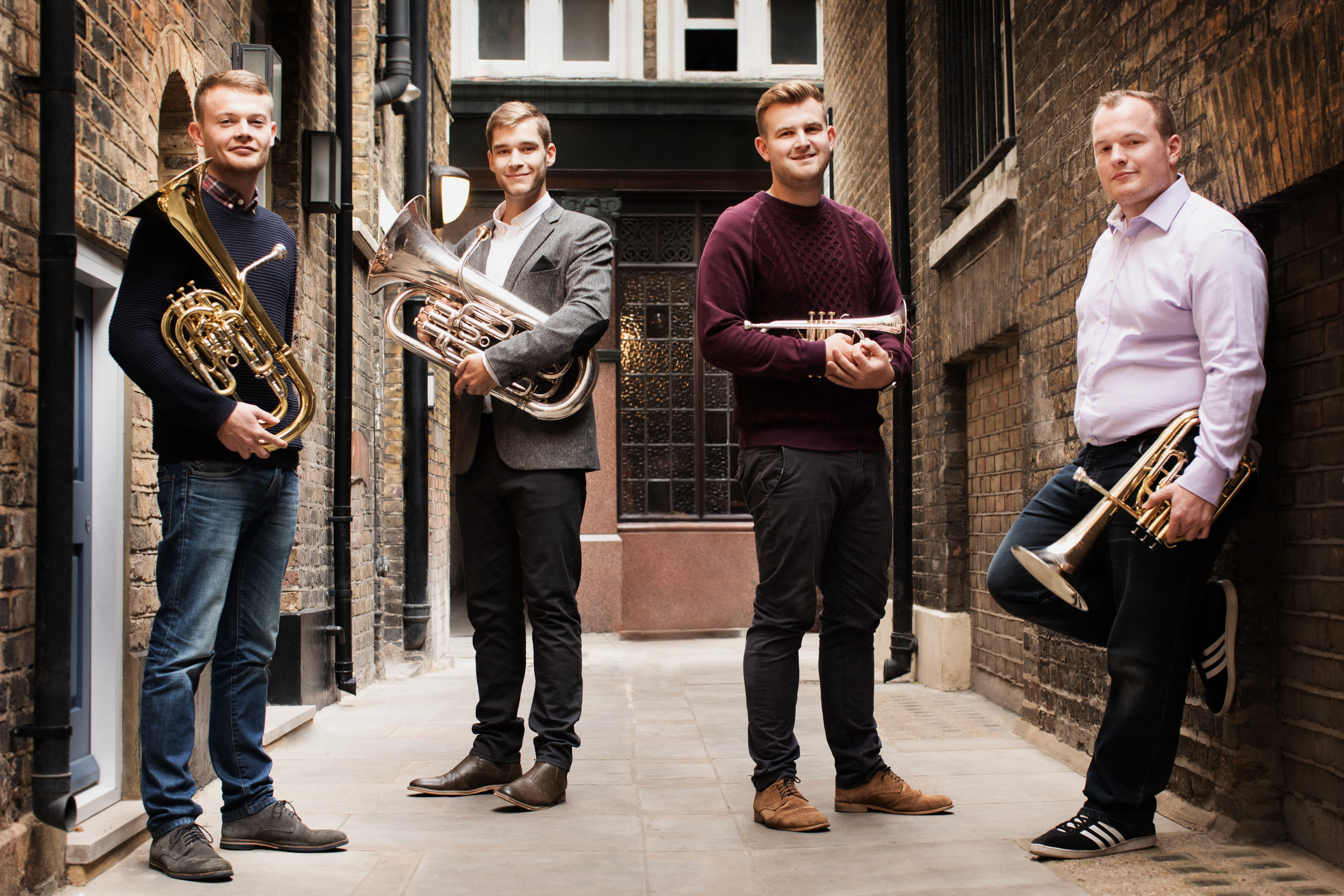 The Church Stretton Arts Festival is back! 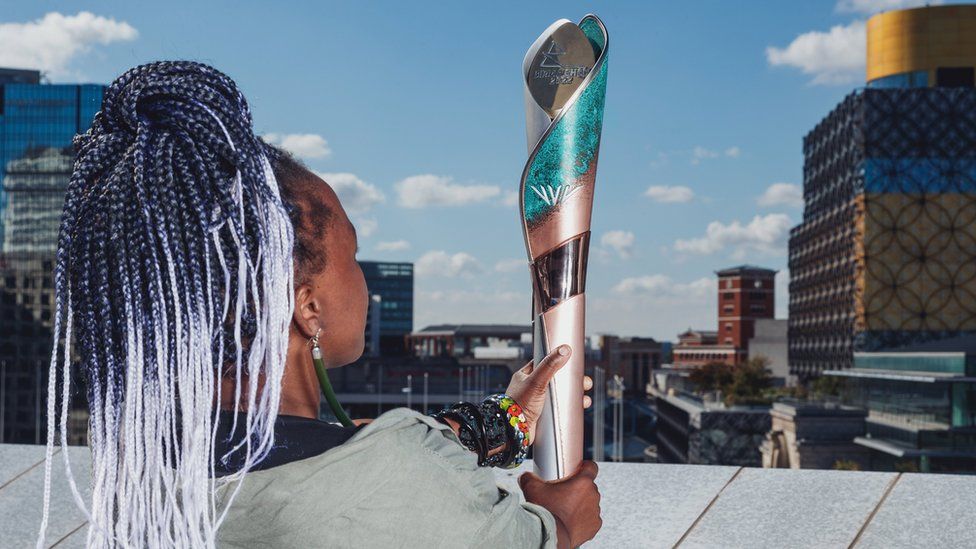