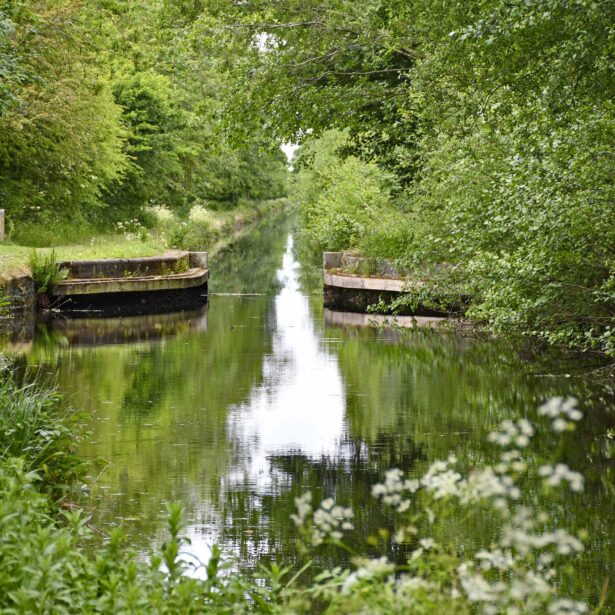 Discover our borderlands, meres and canals

North Shropshire has a landscape and vibe completely different from south Shropshire. It’s just as interesting to explore. Here is where you’ll find meres and mosses, canals and towpaths, and quirky market towns in which to rest and revive yourself with good Shropshire food and beer.

The Welsh/English border in northwest Shropshire means this region is rich in castles. Our village of Whittington is home to the romantic ruins of a Norman castle, free for visitors to wander. Just over the border is the UNESCO World Heritage site of Pontcysyllte Aqueduct – Thomas Telford’s ‘stream in the sky’. 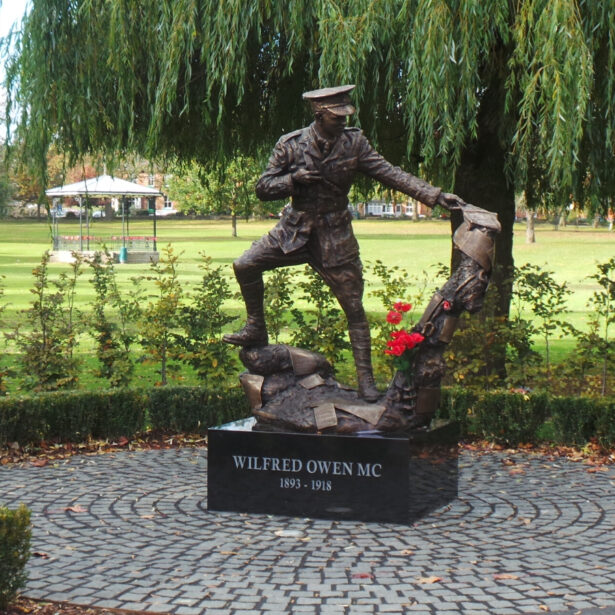 Often visitors ask if Oswestry is in England or Wales. It is definitely in Shropshire, England and yet its border location brings such a fascinating selection of places to visit.

On the outskirts of town, you’ll find Old Oswestry – an Iron Age hillfort considered by English Heritage to be one of the greatest archaeological monuments of the nation. Take a walk there and enjoy the stunning views over Shropshire.  Oswestry was the birthplace of Wilfred Owen, the World War I poet, commemorated both here and in Shrewsbury Abbey.

Home to the Cambrian Heritage Railways and also the quirky British Ironwork Centre, there are many ways to spend a day or longer exploring. Oswestry is a traditional market town and visit on market days to enjoy both the indoor and outdoor street market and lots of independent shops. Don’t miss a walk in the park. The award winning Cae Glas park is right in the centre of town.

Drift over the border to see the awesome Pontcysyllte and Chirk Aqueducts and don’t miss the castles. Whittington is a charming semi ruined castle in a quintessential English village and Chirk is a majestic granite castle built for Marcher lords in the 13th century. 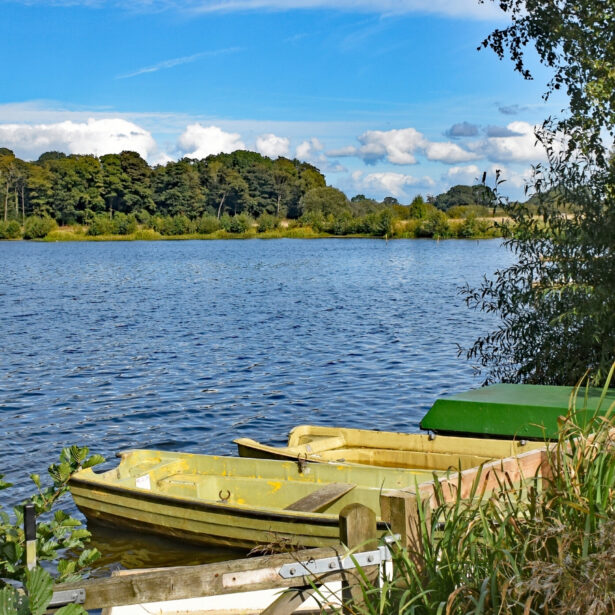 If you want to explore Shropshire’s glacial landscape of shimmering meres, Ellesmere is a great place to start. The nutrient-rich Mere is a wonderful spot from which to watch birds – including herons. Our mosses in north Shropshire are special too. These wetland areas are raised peat bogs that play host to an abundance of wildlife.
The other meres or lakes nearby combine to form Shropshire’s Lake District and, with boating, bird watching and nature walks, they are a beautiful part of Shropshire to relax in.

The town itself is quiet and quite charming. Shopping is traditional with independent shops and market and you can stroll from mere to town and then to the wharfage and out along the canal towpaths. 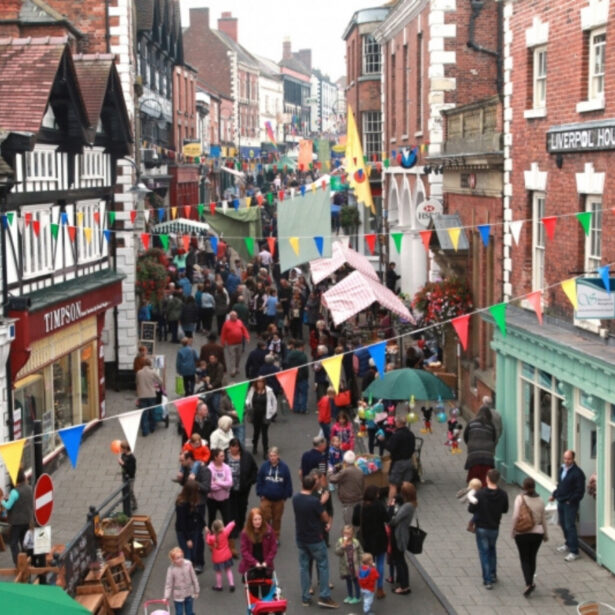 Wem is a quiet, lovely north Shropshire market town, famed for sweet peas and treacle mines (ask at the local sweet shop). With a market so good, they say, the town was named after it, is Market Drayton. It’s famous for gingerbread (best dunked in port, apparently) and for being the birthplace of Robert Clive. ‘Clive of India’, a controversial character, helped to secure spice trade routes for Britain in the eighteenth century, making spices such as ginger available in England.

The views over Shropshire from Hawkstone Park Follies show Shropshire’s landscape is timeless but there’s no time like the present to visit. Come and see us soon … 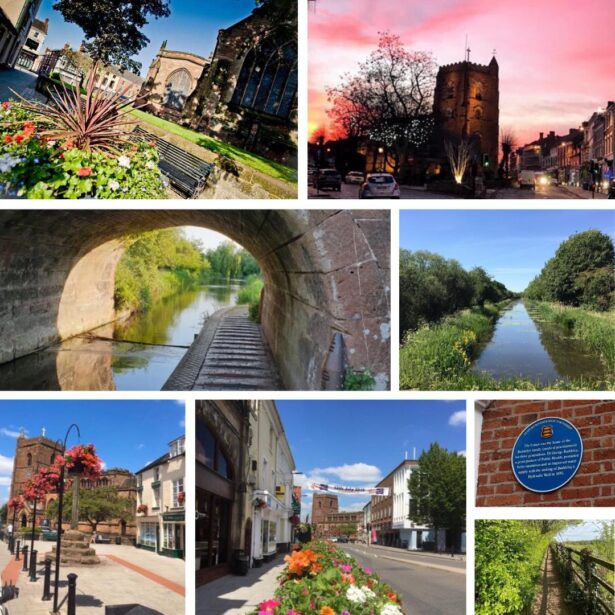 Circa 1135 AD. One of the top 10 Market Towns in Shropshire (The Times 2017)
a beautiful historic market town and an ideal place to visit or use as your base to explore the many surrounding villages, hamlets or picturesque Shropshire Countryside, by car, bike or walking.

You’ll be spoilt by historical buildings, one of which is our 12th Century St Nicholas Church with its fabulous stained -glass windows, standing proud in the centre of the Town, discover landmarks, quirky streets, Lilleshall Abbey and more. A choice of over 45 fantastic independent shops and boutiques, plus traditional pubs, Tea Rooms and cafes. Visit the Listed Market Hall building, built in 1860 where the indoor market is held. Aqualate Mere a natural lake in the English Midlands and is managed as a National Nature Reserve by Natural England. Newport is ‘GOLD’ Britain In Bloom Award winner 2019.

Newport holds a host of community events throughout the year, including The Newport Show which is hosted yearly at Chetwynd Deer Park. The show has become one of the leading shows in the Shropshire and West Midlands region due to its position near the town and its beautiful setting, a historic 200-acre private park with glorious woodland and open space, stroll besides Chetwynd pool, which is in excess of 20 acres, home to an array of wildlife. The park has many varieties of trees that have seen the centuries come and go.  which also hosts Shropshire Game Fair and British Falconry and Waters Edge Music Festival, a daylong event of music and fun.

The Food Frenzy is held annually attracts thousands each year and Newport Carnival has been staged in the Town for over 150 years. Come and visit us. All About Newport

Newport also has its own canal section with a recently modernised towpath, for a gentle stroll adjacent to the town’s ‘Victoria Park’, which has recently had a beautiful Rose Garden installed to mark the Queens Platinum Jubilee celebrations. The canal is generally used for fishing, however work to extend the canal at its eastern end is underway with the aspiration to join up with the canal at Norbury Junction. Newport is also connected to the national cycle route with Ironbridge, Telford and Stafford being easily accessible by bike. 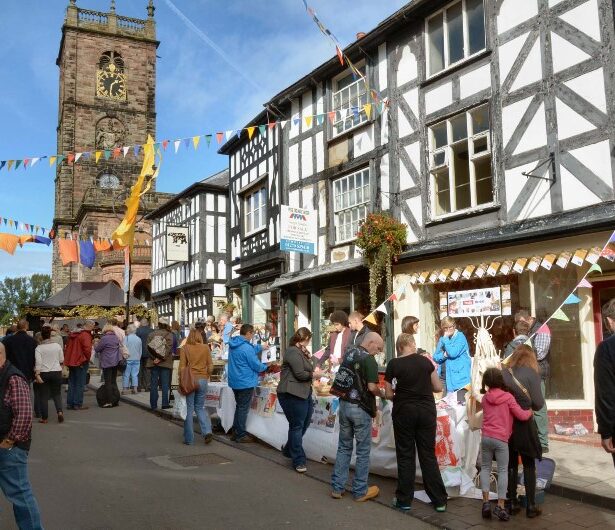 Sitting alongside the Shropshire Union Canal is the historic market town of Whitchurch, Shropshires oldest continuously inhabited town since the Romans settled.

And it’s not surprising that people didn’t want to leave. Close to the borders of Cheshire and Wales, Whitchurch is easily accessible by road, train or canal and is still a thriving market town to this day. You’ll find a traditional weekly Friday Farmers Market, a monthly outdoor Artisan Street Market and a host of independent shops and boutiques, eateries, bars and traditional inns that make it a great place to stay and explore.

Steeped in history and heritage that include Cheese Fairs, an Iron Foundry and the famous Joyce Clocks, Whitchurch has over 200 historically listed buildings that tell a fascinating tale. Take in the skyline dominating St Alkmunds Church, Medieval Timber-framed buildings and elegant Georgian town houses to get a glimpse into its past.

Surrounded by beautiful Countryside and nature reserves, Whitchurch boasts an array of outdoor attractions including being home to the south section of the well-known Sandstone Trail, and undoubtably one of the best walking routes in Cheshire and northern Shropshire. Enjoy 3.5 miles of rural canal towpaths and pretty farmlands in this Walkers Are Welcome town before reaching the restored Whitchurch Arm on the Llangollen Branch of the Canal. Don’t forget to refresh at the many cafes, pubs and taverns along the way!

Explore the marshes at Brown Moss, the grassy woodlands over at Greenfields Nature Reserve or take a picnic to the town centre Jubilee Park. Just outside of town you’ll find Alderford Lake where you can enjoy many water-based activities or a stroll in the fresh air.

Home to Blackberry Fair, a chilled out community street festival that uses music, art and story-telling to promote greener living.