Shropshire Welcomes …. The Colours of Autumn

Shropshire Welcomes …. The Colours of Autumn

There’s nowhere lovelier than the Shropshire countryside in autumn,
as the woodland leaves change from green to a palette of oranges, crimsons and scarlets.

We’ve picked out the best spots across the county to take in the autumnal colours,
whether you’re looking for beautiful hikes, relaxing gentle strolls or the next spot for a big family outing. You will also find suggestions of enticing places to stay nearby.

This vast 18th-century estate includes 200 acres of beautiful parkland to explore, encompassing a deer park, expansive tracts of woodland, a section of the River Tern, pleasure grounds and a restored Georgian kitchen garden and sizeable orchard. All cry out for exploration in the autumn months. Seasonal family enticements include teddy bears hiding in the orchard in September, a Tree-mendous Trail for young nature explorers and in October and much of November, on a section of the Mile Walk families can spot knitted creatures amid the trees in the annual Woollen Woods display. October onwards is the rutting season for the fallow deer herd. 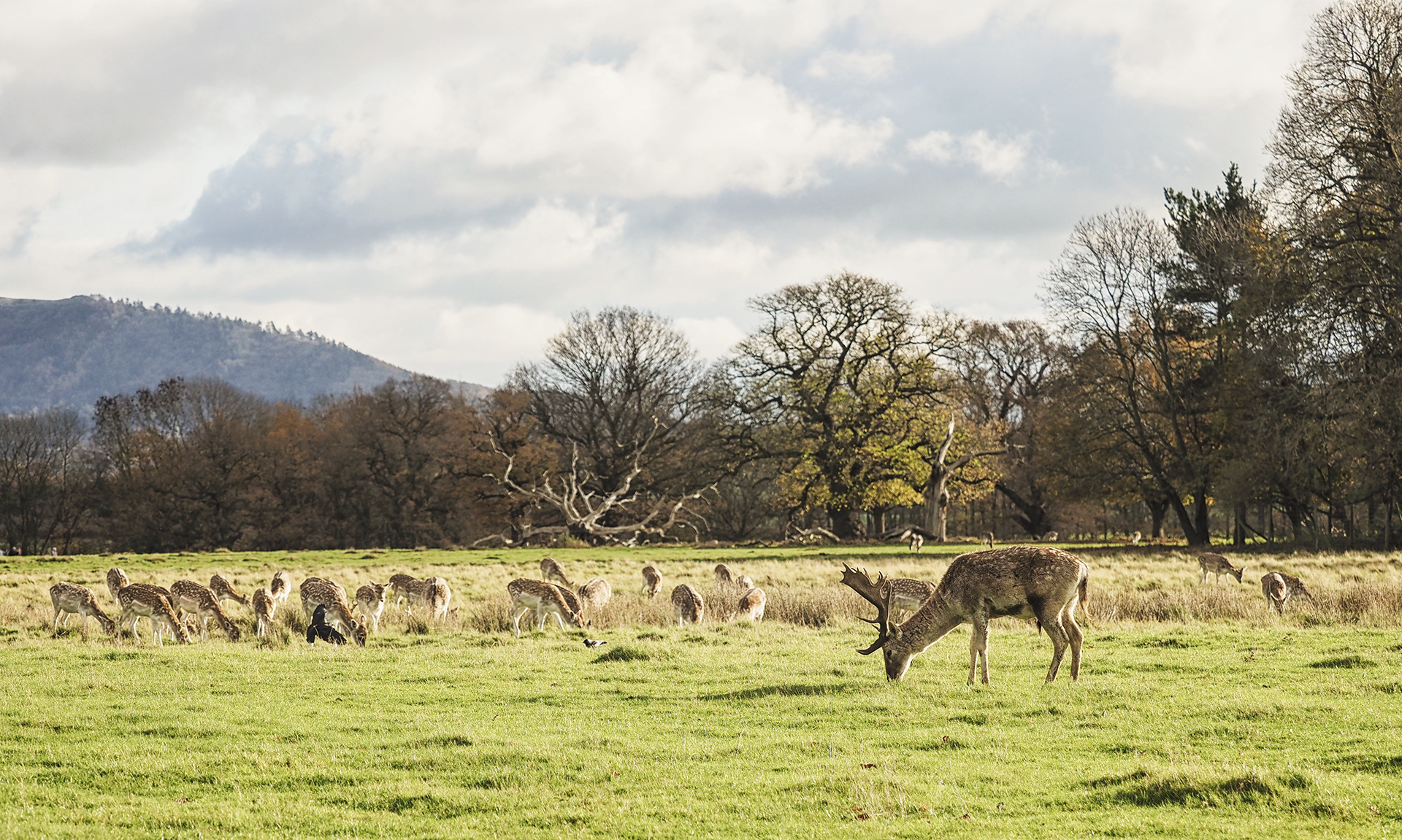 Where to stay: The Haughmond – A modern coaching inn, with proper food, great wine and a friendly, comfortable atmosphere…

Nesscliffe Hills and the Cliffe

Best for: hikers and strollers

This Countryside Heritage Site is made up of two hills coated in mixed woodland. Picture towering North American redwoods along with Douglas fir, larch, oak, beech, and birch – and a heather-covered ridge where whinberries grow. From the ridge, you can enjoy panoramic views over the Shropshire countryside and the Welsh Hills. The extensive network of trails take in an Iron Age hillfort and Kynaston’s Cave. The cave is said to have been a hideout for highwayman Humphrey Kynaston; the Robin Hood of Shropshire. 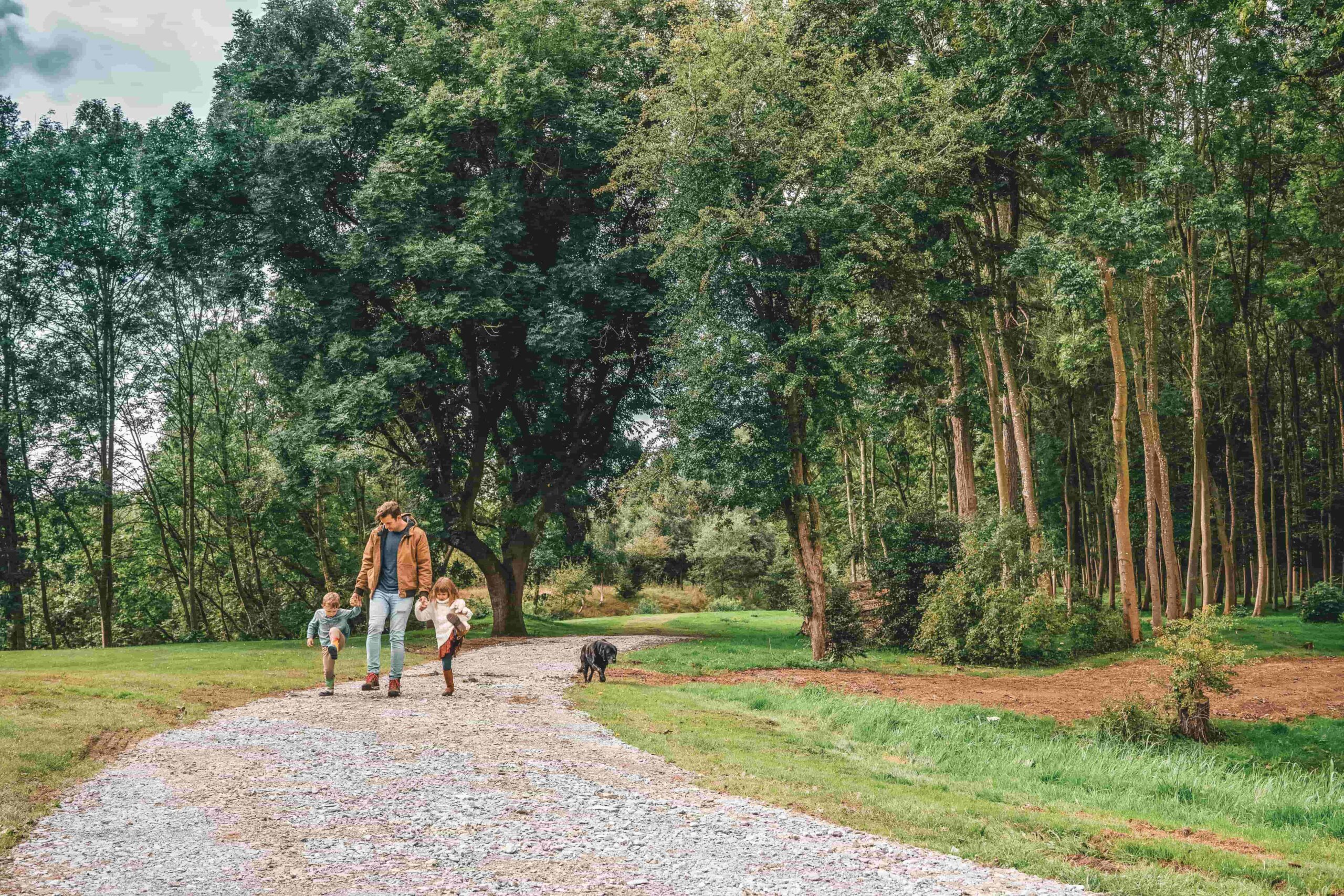 Where to stay: Riverside Cabins, luxurious cabins and lodges, most with hot tubs, set in woodland next to the River Perry, 15 minutes’ drive from Nesscliffe.

The Mere at Ellesmere

For an easy and mostly flat scenic stroll, head for the shores of The Mere. It’s the largest of nine glacial lakes formed in the last Ice Age. The lakes together make up Shropshire’s mini Lake District. You can follow a tree trail through Cremorne Gardens and woodland around the fringes of The Mere admiring fine labelled specimens of chestnut, copper beech, ash, cherry, tulip, sycamore and acacia trees. Why not also take a walk around nearby Colemere, almost completely surrounded by mature woodland. 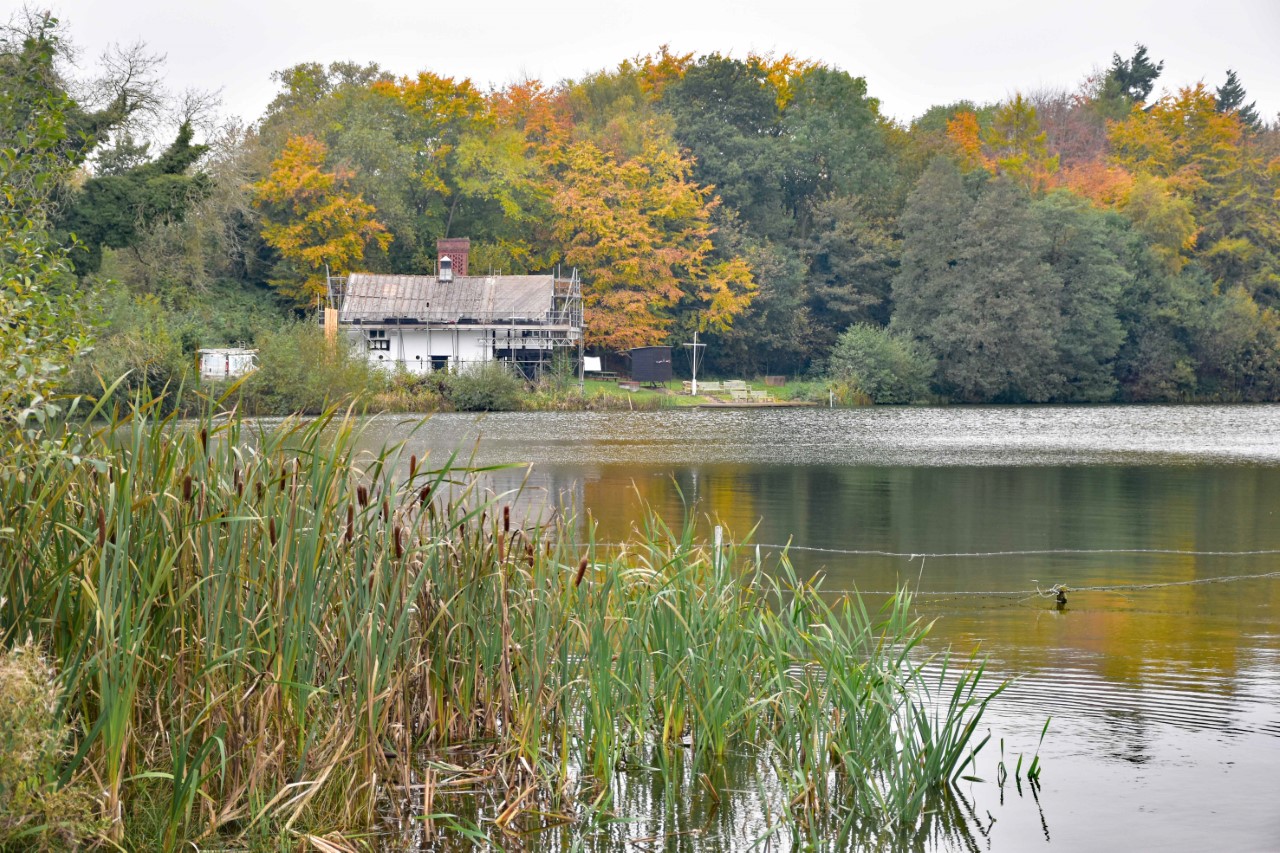 More information: The Mere at Ellesmere or Colemere Countryside Site

Where to stay: The Red Lion, a 16th-century coaching inn in Ellesmere, a stone’s throw from The Mere.

Landscaped out of the site of former collieries, this park spreads over 126 acres of countryside and spans both sides of a beautiful section of the River Severn. The varied habitats include wetlands, meadows and woodland. You can follow the waymarked riverside, history and geology trails. But for displays of leaf colour during the autumn months, take the mile-long Woodland Trail around the Hall Close Coppice; a semi-natural, ancient deciduous woodland full of hazel and alder trees. 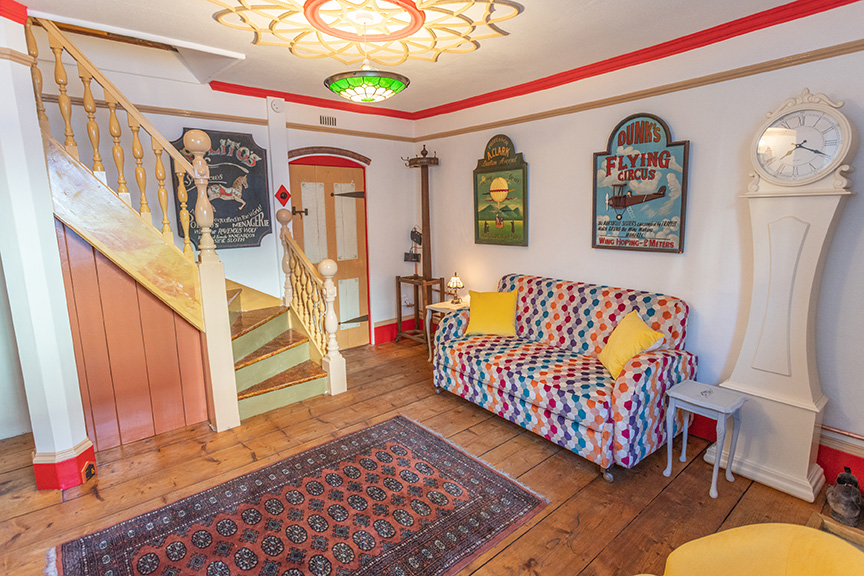 Where to stay: Dracup’s Cottage, previously owned by an artist, Antony Dracup, was transformed into a work of art. It features a 360-degree mural of Bridgnorth and surrounding areas as well as the Knights’ Cavern, a hand-crafted cave full of gothic quirks.

The grounds of Dudmaston, an estate dating back to the 1100s that was bequeathed to the National Trust in 1952, are a real treat in autumn. A 40-minute walking trail leads you through the Dingle woods and alongside the Big Pool lake. Orange and gold hues of the trees’ leaves are reflected on the water, and a quaint boathouse provides a photogenic backdrop. In the autumn the American Garden is also very scenic and 15 varieties of apple are harvested in the orchard. 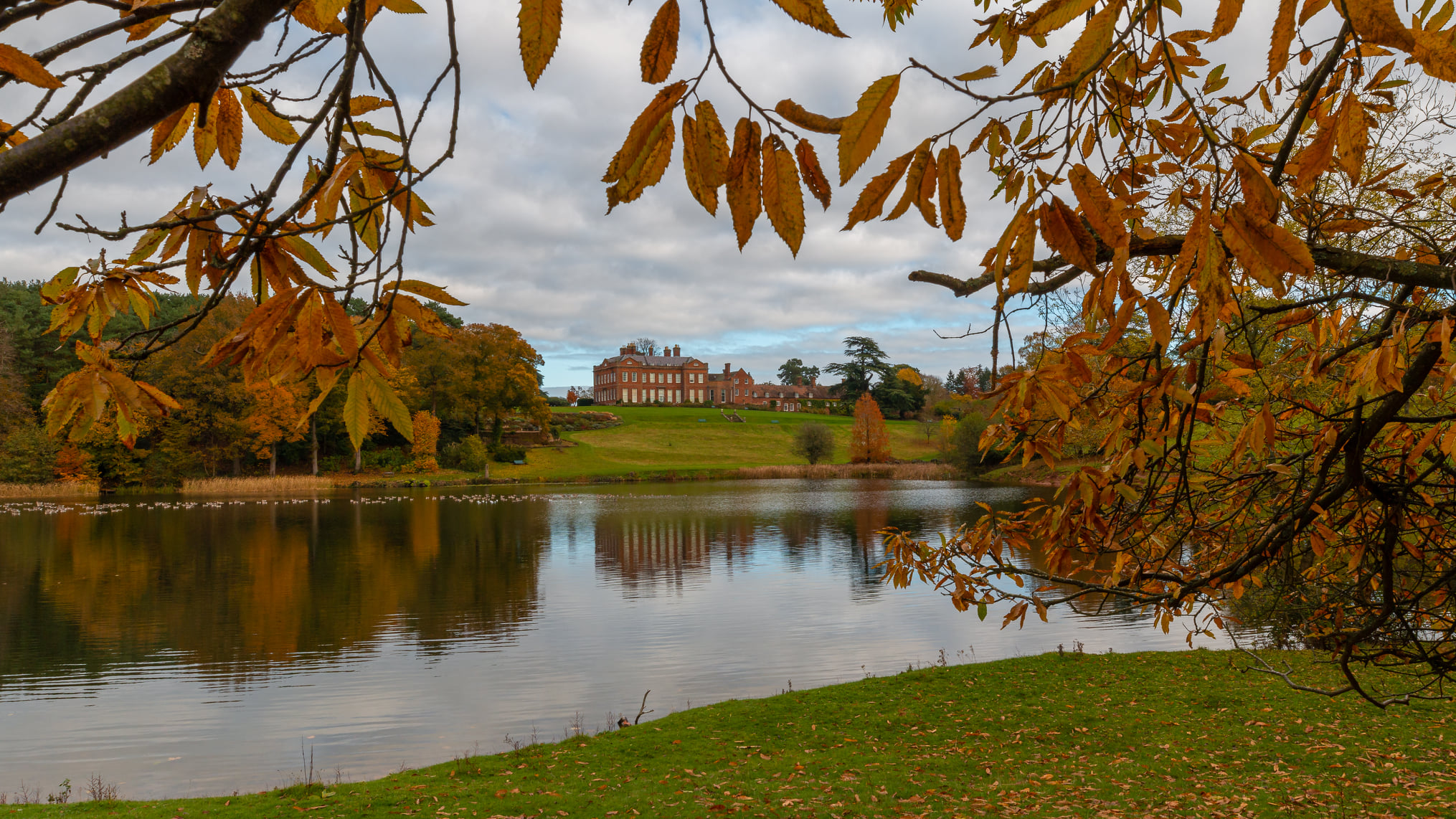 Where to stay: The Bull’s Head is a traditional family-owned 18th century (circa 1730) Inn,  four miles south of historic Bridgnorth, set amidst Shropshire’s rolling hills, with stunning views over the Severn Valley, Clee Hills & Chelmarsh Reservoir.

This narrow limestone escarpment runs for 18 miles between Craven Arms and Ironbridge, with around eight miles of it in the hands of the National Trust. As suggested by AE Housman’s famous poem On Wenlock Edge the Wood’s in Trouble, much of it is wooded, with beech, oak and ash predominant. A good autumnal hike is the National Trust’s Major’s Leap walk, a 3.5-mile circuit from Much Wenlock which follows an old packhorse route and woodland footpaths, and has viewpoints towards the Wrekin and Long Mynd. 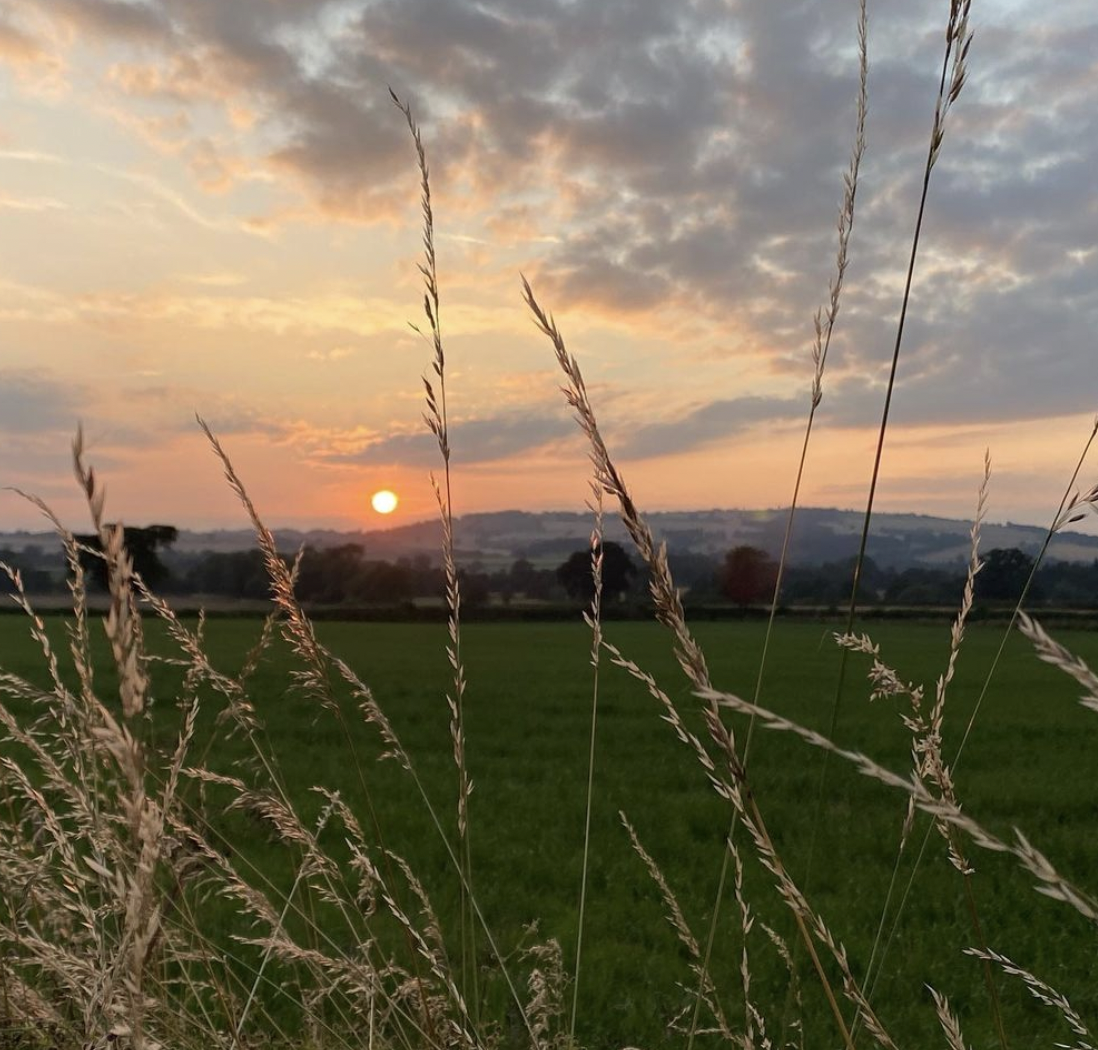 Where to stay: The Garden Cottage is the perfect place in which to relax and unwind. It’s Located in the heart of the delightful historic market town of Much Wenlock.

Just outside Church Stretton, this site was named the ‘least stressful spot in England’ in a study in the Independent newspaper. The grounds were laid out in the late 1700s, possibly with a helping hand from the famous landscape architect Capability Brown.  The woodland’s ancient trees, which include a notable 18th-century sweet chestnut,  provide a kaleidoscope of colours in the autumn. 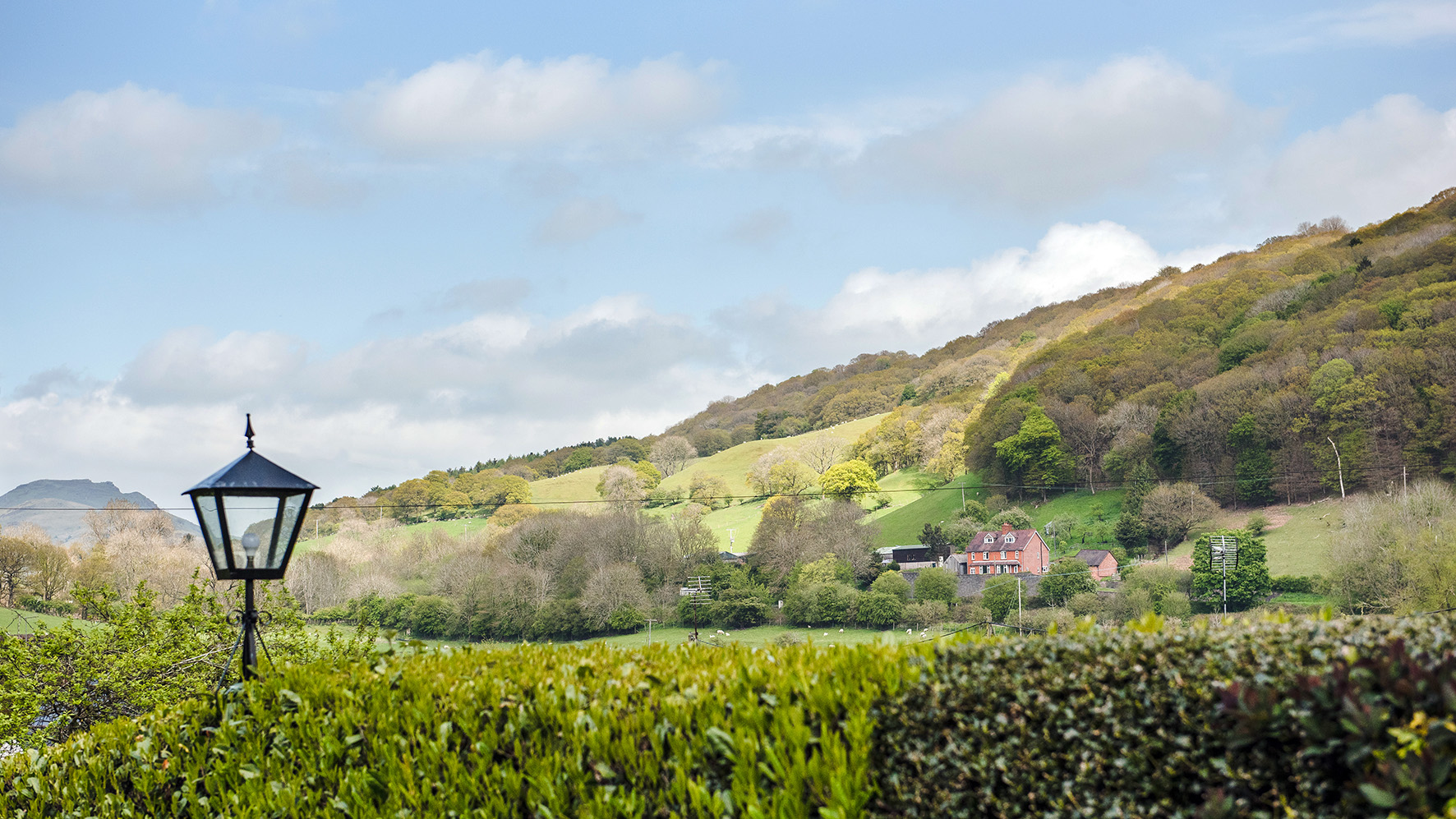 Where to stay: Mynd House B&B is an Edwardian villa, built as a country retreat for a department store owner. It offers exceptionally spacious and immaculately maintained accommodation.

Keen walkers will have scores of opportunities to take in the autumn hues on the glorious Adstone Hill walk, with its views of the Long Mynd to the east and Stiperstones ridge to the west. Starting at the Bridges pub in Bridges, the three-hour walk climbs south over Adstone Hill along the Shropshire Way, then drops down through tree-lined avenues to the historic village of Wentnor, before returning back to Bridges. 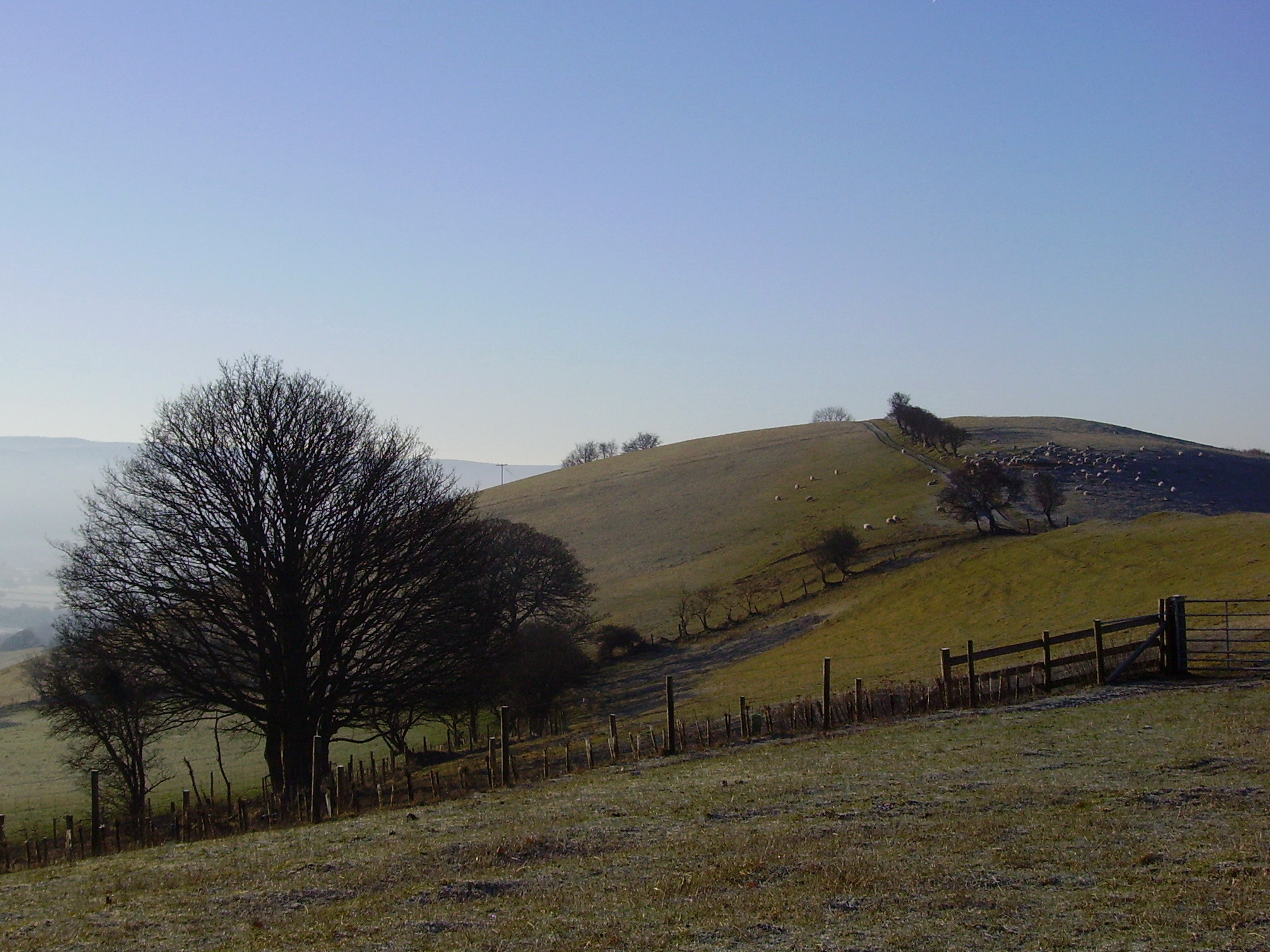 Where to stay: The Crown Inn at Wentnor, a 16th-century pub known for its hearty food.