Other headliners already announced include Judy Collins, Carlos Núñez, The Unthanks, Canadian folk rockers Blackie and the Rodeo Kings, Show of Hands, Skerryvore, the Ukulele Orchestra of Great Britain and Grammy nominated all-women string band Della Mae at the festival from August 26 to 29.

Director Sandra Surtees said: “Our eclectic line-up really does have something for everyone. We’ve gained a reputation for bringing the best of North America folk artists to the festival with a growing world music interest too. As ever, we’ll have some of the best of contemporary and traditional British folk acts as well. We’re really looking forward to the international flavour of the festival after covid and travel restrictions meant we were unable to have overseas performers in 2021. It’s going to be great!” 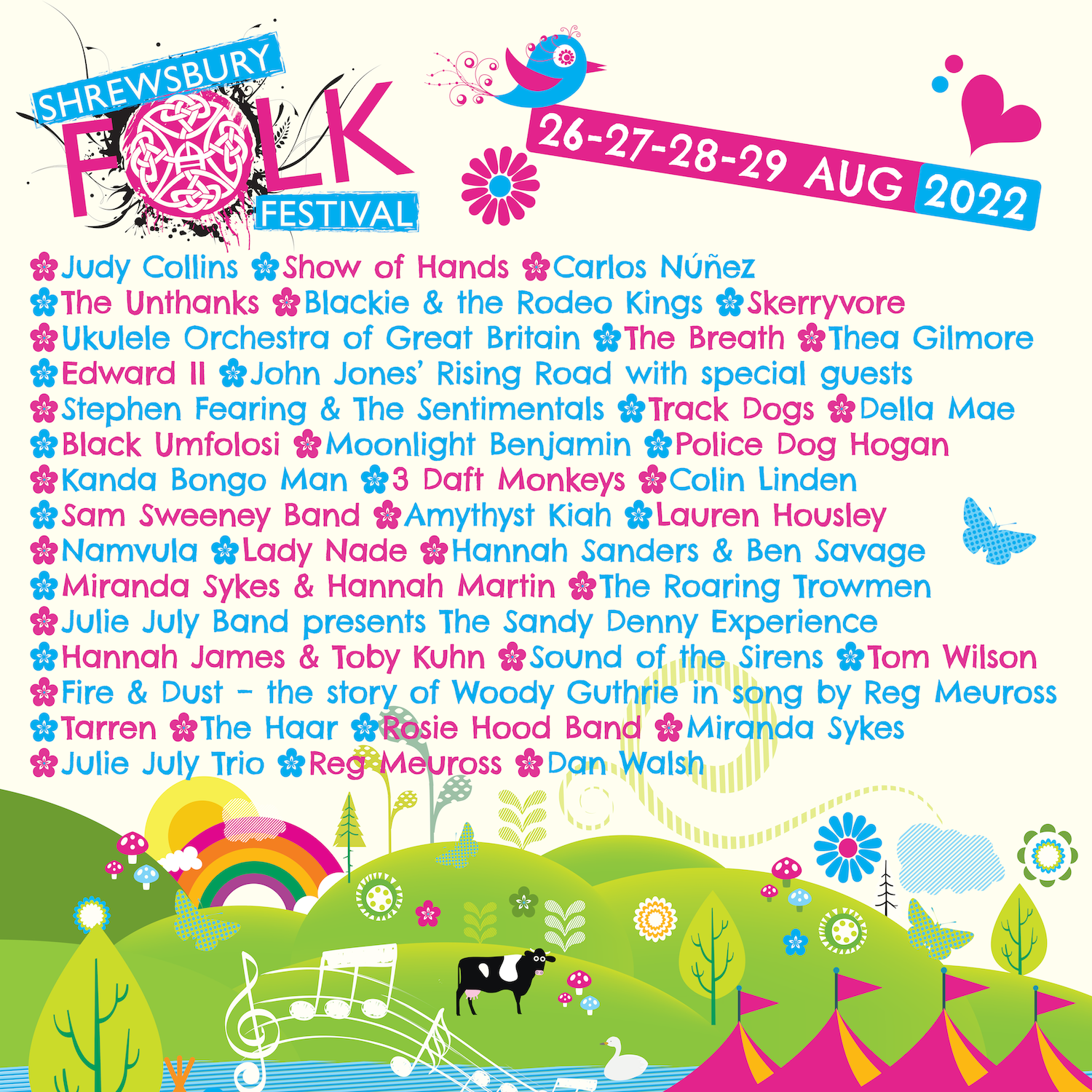 Day and weekend tickets for August 26th to 29th are on sale at www.shrewsburyfolkfestival.co.uk where you can find a full line-up.