Don’t be fooled by Shropshire’s sleepy appearance; over the years remarkable ideas, discoveries and innovations that originated here, have gone on to change the world. The Industrial Revolution started in Ironbridge, Charles Darwin was born and schooled in Shrewsbury, Much Wenlock is believed to be the inspiration for the modern Olympic Games and Thomas Telford was a former Surveyor of Public Works in Shropshire.

UNESCO has recognised the importance of the history of this part of the world and designated two World Heritage Sites; The Ironbridge Gorge in Telford and just a short drive over the Welsh border you will find the Pontcysyllte Aqueduct and Canal World Heritage Site.

Ironbridge Gorge is wonderfully scenic and peaceful now, with the River Severn flowing past thickly-wooded banks. But in past centuries this area couldn’t have been more different. It was heavily mined and quarried for coal, iron ore, limestone and clay from the 1500s, with furnaces and foundries, factories and workshops appearing from the 1700s. 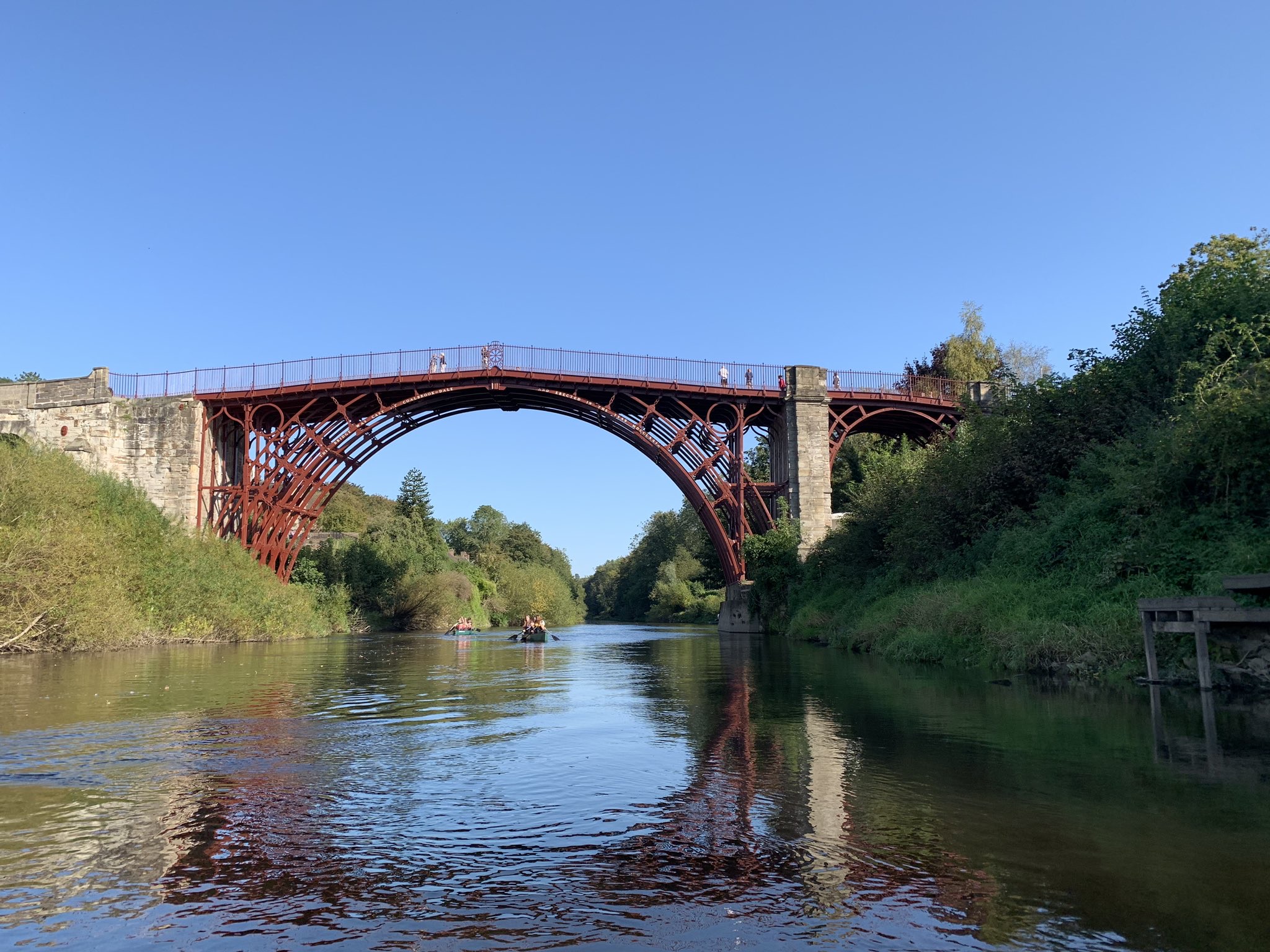 In 1709, iron was first smelted in Coalbrookdale using coke as a fuel instead of charcoal, leading to commercial iron being produced on a massive scale – a key reason why Ironbridge Gorge is often described as the birthplace of the Industrial Revolution. The Iron Bridge, erected over the Severn in 1779, was the first bridge in the world made of cast iron. The landmark structure is free to walk across, and there’s no charge to visit the exhibition in the former toll house on the south side.

Many visitors don’t get far beyond the bridge, but there is so much more to take in. Ironbridge Gorge is a UNESCO World Heritage Site. The inscription spreads over a vast area, including a three-mile stretch of the Severn Valley from Ironbridge village to Coalport, and up the side valleys to Coalbrookdale and Madeley. 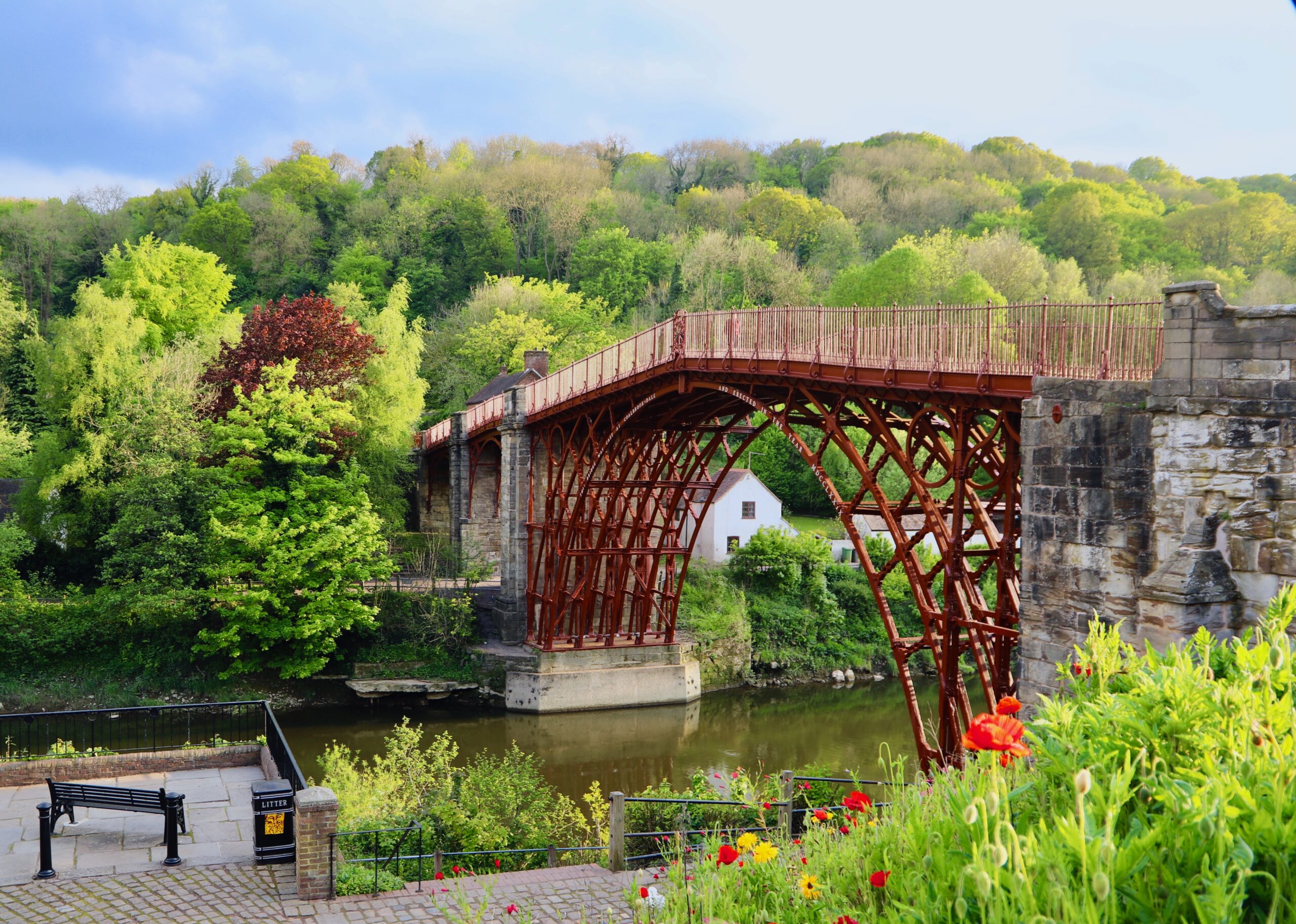 Explore the Ironbridge World Heritage Site area on foot, along the scenic riverbanks, up the side valleys and into the woods.

To help you discover more about the history of the Gorge and the Industrial Revolution, The Ironbridge Gorge Museum Trust run ten museums including the must see Blists Hill Victorian Town.

The Severn Gorge Countryside Trust helps maintain a network of paths and trails, and has created some excellent trail leaflets, taking you to beauty spots that tie in with the industrial heritage. The Sabbath Walks Trail, for example, follows pathways in Coalbrookdale dating back to the late 1700s, when they were used by workers on their day of rest. A climb up to the Rotunda lookout point is rewarded by a fantastic view along the wooded gorge and of the Iron Bridge.

Do also get out on the River Severn on a canoe, kayak, raft or in a coracle – all rentable through Shropshire Raft Tours.

Find out more about Ironbridge here

North Shropshire is a heritage lover’s dream and a great base to explore the Pontcysyllte Aqueduct and Canal World Heritage Site, located five miles north from Oswestry, just over the Welsh border. 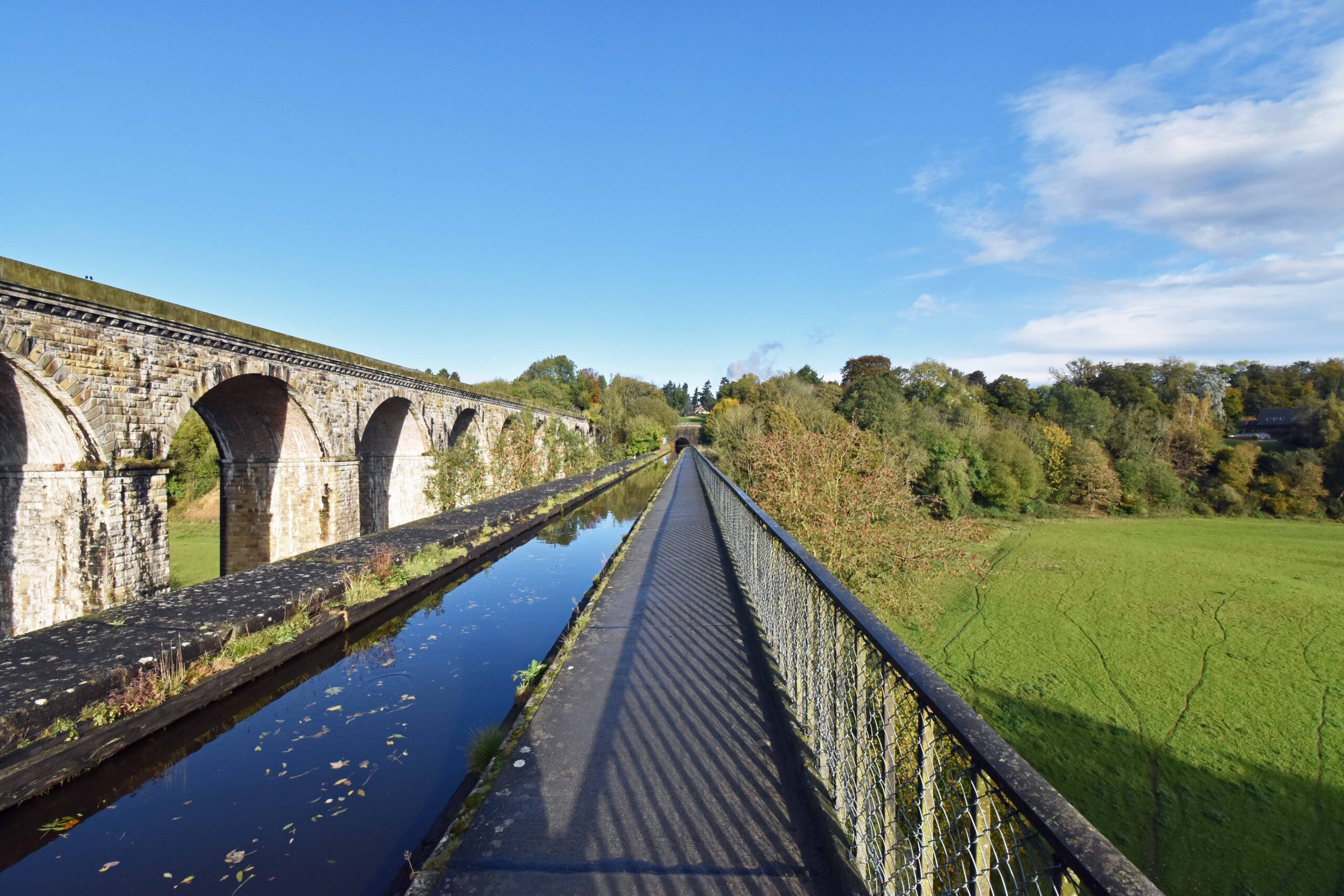 Pontcysyllte Aqueduct and Canal is ‘a masterpiece of human creative genius’ according to UNESCO. Built between 1795 and 1808, it represents the greatest work of two outstanding figures, Thomas Telford and William Jessop.

This canal network has been in continuous use for more than two centuries. For the first 130 years it saw busy traffic in the coal, iron, slate and limestone that powered the Industrial Revolution. Nowadays its historical importance, beautiful environment and 32 listed structures attract nearly half a million visitors every year.

The jewel in the crown is the Pontcysyllte Aqueduct, “the stream in sky”, whose immense stone piers tower 126 feet above the River Dee.

Walking across Pontcysyllte Aqueduct is an unforgettable, and perhaps slightly terrifying experience. On one side there is nothing between narrowboat passengers and the River Dee far below.

Walking beside the Llangollen Canal is a wonderful way to spend a few hours – the countryside is rich in wildlife. There are pubs along the way and lots of intriguing walks and trails just off the towpaths, including the lovely Ceiriog Valley Walk and Offa’s Dyke Path National Trail.

Visitors can cycle the towpaths too. 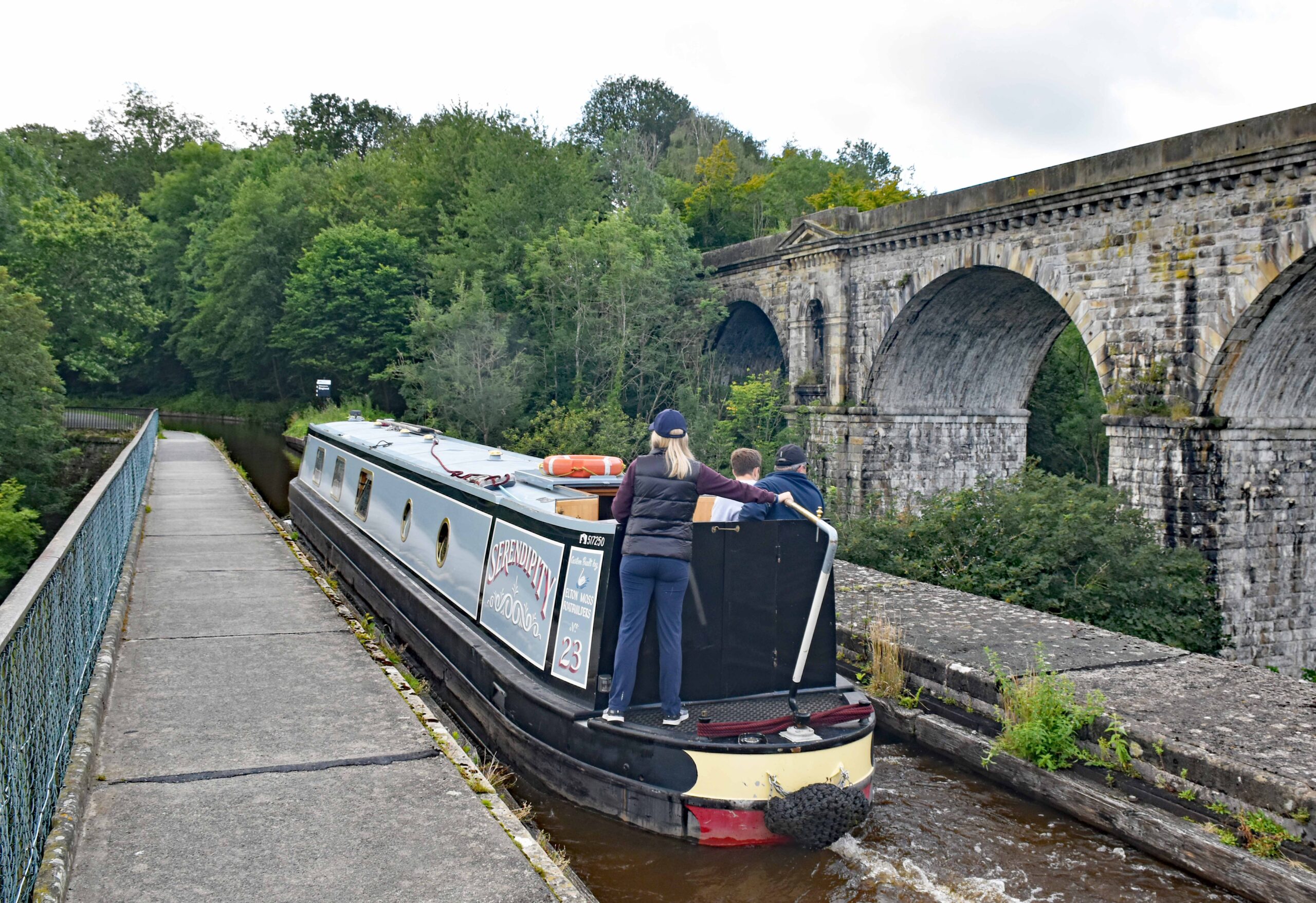 Between early spring and late autumn there are 45-minute trips with commentary across Pontcysyllte Aqueduct from Trevor Basin and longer trips from Llangollen.

Located right next door to mighty Pontcysyllte Aqueduct, the visitor centre tells the story of its construction through historic artefacts, films, animations and a children’s activity area.

Whether you stay in the historic market town of Oswestry filled with independent shops and restaurants, or elsewhere in North Shropshire, you will find a wealth of fabulous places to stay and places to visit. You’ll find an Iron Age fort, ancient castles, canals and for those who prefer more contemporary culture The British Ironworks is a must see.